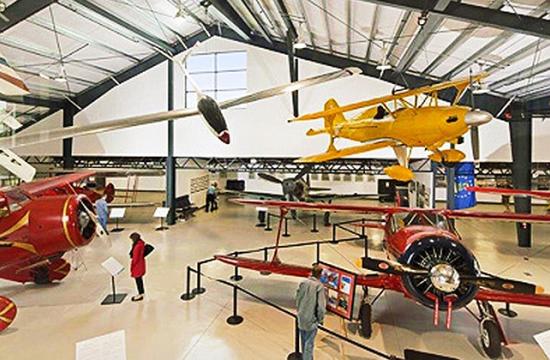 The Museum of Flying will begin its summer

schedule on Wednesday, June 1st2016.  The Museum will be

open Wednesday throughSunday10:00 am until

jet age.  There are open cockpits in the Lockheed T-33 trainer,

and Library of Santa Monica, the Museum pays tribute to the Douglas

Aircraft Company was that was headquartered at the historic Santa Monica

Airport for more than four decades.

breaking flights, a large variety of aviation artifacts, art and exhibits. The

test flights, and notable aviation themed films. For the adventurous,

Admission to the Museum is $10 for adults, $8 for seniors/students, and $6

for children aged 3 to 12.  Children under 3 are free. Group

tours are available at a reduced rate with advanced reservations.