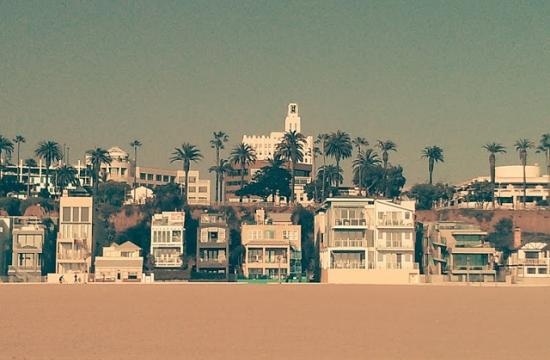 Does your zip code have a greater impact on your health than your genetic code?

Apparently it does, according to Dr. Robert K. Ross, CEO of The California Endowment Center (TCE). “Eighty five percent of what influences your health has nothing to do with your access to doctors or what you choose to do. It has more to do with the environment we live in and your options within those environments.”

Ross made his comments during a roundtable discussion with other TCE leaders, headed by CA State Treasurer John Chiang, earlier this month.

Dr. Anthony Iton, TCE’s Senior Vice President for Healthy Communities stated, “…Health has more to do with place than doctors’ visits. The odds are stacked against low-income communities and communities of color. These problems are man made and they can be unmade.”

TCE has released an animated video narrated by George Takei entitled A Tale of Two Zip Codes,” which posits that people living in more affluent communities will live an average of 15 years longer than their neighbors in disadvantaged communities. The interactive site allows you to insert your own zip code and compare your life expectancy with those in neighboring zip codes.

As Takei notes in the video, two women around the same age “have jobs, both are married and both have two kids.” The difference? Deb lives in A-Town, while Maria lives in B-Ville, less than one mile away, yet A-Town residents are likely to live 15 years longer than residents of B-Ville because A-Town has access to healthier food options including farmers’ markets and grocery stores, air quality is better and there are many safe, clean, parks for children, good public schools and access to good health care facilities. B-Ville has unsafe parks, broken sidewalks and lighting, exhaust fumes from the nearby freeway, overcrowded schools, and the only places to buy food are fast food stores, convenience stores and liquor stores. Stress – mitigated by the problems of living in B-Ville also raises the incidence of obesity and diabetes among B-Ville residents.

The four-minute video highlights the importance of combating racial, educational, health and socio-economic disparities, to insure everyone has the opportunity to live a long and healthy life. The video is part of TCE’s $1 billion Building Healthy Communities (BHC) initiative, a 10-year-plan launched in 2010. BHC is working to transform 14 of California’s communities most devastated by what it calls “health inequities,” into places where all people have an opportunity to thrive.

The majority of the Westside of Los Angeles falls more under the A-Town mold than B-Ville and a quick look at the zip codes covering, Santa Monica, Culver City, Palms and Brentwood, all show that residents of these areas have a life expectancy of 82. If you live in Beverly Hills your life expectancy is 83. But if you want to lord it over your Westside neighbors, then move to Mar Vista or anywhere in the 90066 zip code, where you’ll be able to celebrate with 84 candles on your birthday cake.

No matter where you live though, the video is really a wake up call for everyone, said Iton. “We put together this animated video to help people understand, in an entertaining way, that we should change the way we think about health,” he said.

By mirrormmg May 2, 2016
in Uncategorized
Related Posts