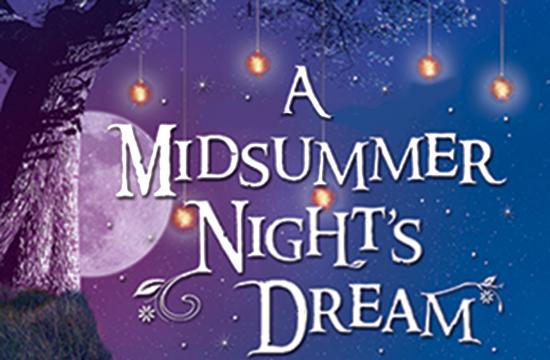 A Midsummer Night’s Dream is perhaps Shakespeare’s most beloved comedy. Rife with the joy and pain of pursuing our passions, the foibles of love, and the absurdity of being human, the play is a delightful romp in the woods where the characters encounter the spiritual and supernatural world of the fairies and emerge transformed.

This 60s, beatnik, Hollywood Hills rocker inspired version of the Bard’s masterpiece comedy will be directed by Danny Campbell and performed by the accomplished students at SMC’s Shakespeare Apprentice Company.

Theater patrons are encouraged to bring picnics and blankets to dine el fresco on the SMC Grand Lawn before the performances. Happy hour cast and crew pre-show and post-show dessert mingling events are planned at area restaurants. "From Page to Stage" presentations will be announced throughout the season for Shakespeare enthusiasts looking for a deeper exploration of the Bard’s work.

This Summer of Shakespeare will also feature William Shakespeare’s Twelfth Night, performed by SCLA’s professional company.  Both plays will be reimagined as though they are a part of Los Angeles history. SCLA’s summer productions have become a tradition in Los Angeles, attracting thousands of children, students, veterans, adults, and seniors annually.

Performances run from June 24-July 10 for A Midsummer’s Night Dream, and July 27-Aug. 21 for Twelfth Night. SMC Theatre Arts will also present the children’s show "Aladdin, Jr." featuring SMC students which will run between the two Shakespearean productions, from July 15-24.