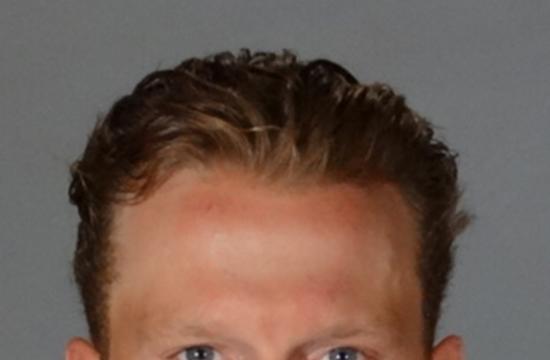 A Navy SEAL who has pleaded not guilty to killing a 57-year-old man in Santa Monica was denied a reduction in bail yesterday.

He was arrested in San Diego, according to the Los Angeles Times, which identified Krah as a decorated Navy officer assigned to a special warfare unit and said he was based out of Coronado.

Police broke up a fight between Krah and Anderson on the Santa Monica Pier on Saturday and said no one was injured or arrested.

Krah’s attorney told The Times that his client was on the pier for a paddleboard competition when he spotted Anderson taking pictures of young girls. Krah confronted Anderson, asked to see his camera and then held the man until the police came, according to attorney Anthony Salerno.

About an hour later, Anderson was found suffering from head trauma and stab wounds a half-mile away in the 1300 block of Fifth Street, according to Santa Monica police.

Anderson died at a hospital the following day. His cause of death was blunt force trauma to the head and torso with a stab wound to his face, according to coroner’s records.

Krah is due back in court on July 13, when a date is expected to be set for a preliminary hearing to determine whether there is sufficient evidence to proceed to trial.

Heat advisory in effect until 5 p.m. Friday By Sam Catanzaro The National Weather Service (NWS) has declared a heat...