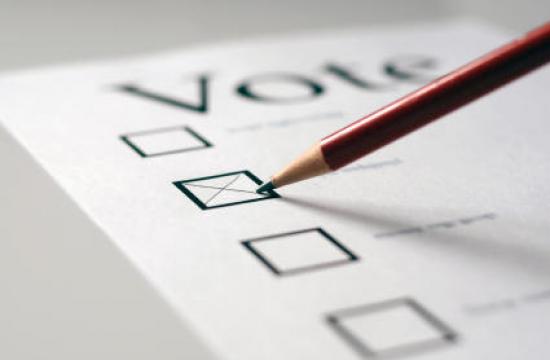 Whew! The most actively contested California presidential primary election in decades is over. Candidates Donald Trump, Hillary Clinton and Bernard Sanders were ubiquitous for a month, logging thousands of miles and dozens of rallies. New voters registered by the hundreds of thousands. But it meant very little in the end because of abysmal timing. Millions of Californians ended up voting in the ninth inconsequential California primary of the last 44 years. All the rhetoric of Sanders and Trump and Clinton was just so much noise because both Trump and Clinton had clinched their nominations long before a single California vote was counted. This makes a year when California’s votes actually mean something even more rare than a blue moon: those occur about twice a year when two full moons occur in the same month. As things stand, there is no reason to believe the California primary will matter much more for the next 40 years, either, because the early June date comes so late in the presidential selection process. So it’s mandatory that Californians who want to matter start now on pressuring their state legislators to move the vote up, or resign themselves to more primaries that are loud charades like this spring’s. California can’t vote first because rules of both major parties forbid any state from holding caucuses ahead of Iowa’s early January date or primaries before New Hampshire’s in early February. Justifications for this are mostly financial. Candidates don’t have to raise as much money to compete in small places like the first two states, plus other early stops in South Carolina and Nevada. No one seriously argues those states are anything like representative of the entire nation, demographically or in any other way. So why should they perpetually be allowed to winnow down the field of candidates? That’s what they did this year, as possibilities like former Maryland Gov. Martin O’Malley, ex-Florida Gov. Jeb Bush and onetime California Senate candidate Carly Fiorina, among many others, fell by the wayside early on. What if California had inserted itself into the process on Feb. 23, the day Nevada Republicans caucused? That was a week before the March 1 so-called Super Tuesday when states voting included Arkansas, Colorado, Tennessee, Minnesota, Massachusetts and Texas. Had California moved up, many other states would have chosen the same day or even a date one week earlier, giving candidates very little time to celebrate or recuperate from the Feb. 9 New Hampshire vote. What’s wrong with that? Candidates would have had to campaign here long before they actually did. This could have compressed the primary calendar, but by the time February was over, a truly representative sample of America would have voted, and a lot of energy expended (wasted?) since then might have been obviated. That’s essentially what happened in a couple of election cycles of the 1990s and 2000s, when California’s vote came early and helped decide things quickly. For sure, Californians’ votes would count earlier than they have in any June presidential primary since 1972, when Democrat George McGovern took the Democratic nomination by winning here. But the current setup is convenient for state politicians, who would face a far earlier filing deadline than this year’s March 9 (a week later for offices whose occupants aren’t running for reelection) if the primary were moved up. An earlier filing deadline would force decision-making as early as December and accelerate the fund-raising calendar. That’s if California chose not to have two primaries, as it could: an early vote for president and the traditional June date for other offices. State lawmakers who have long kept California impotent in presidential selection hide behind the added cost of doing this, about $100 million. But in a state budget of $200 billion, that cost is less than peanuts. Isn’t it worth something to get Californians feeling involved, even inspired? Sanders did that to some extent this spring, even if he was mathematically eliminated long before the polls closed here. The bottom line: the fact that candidates actually staged rallies all over the state is no excuse to leave things the same.