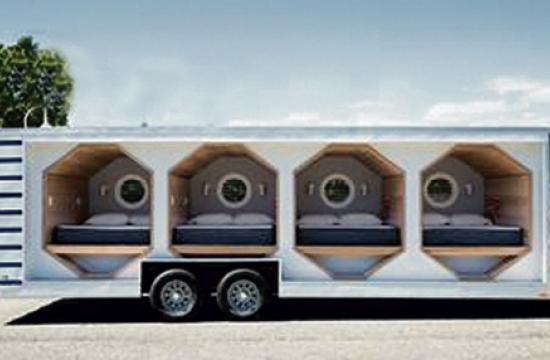 A sleep startup that launched two years ago is bringing its traveling Nap Tour to Santa Monica Place Sunday, so you can take a load of your feet and nap from noon to 8pm –  why not?

Mattress innovator Casper is presenting its travelling concept to enable visitors to take a little sleep in their unique portable environment, with the goal of providing a brief respite in our chaotic world for the overworked, under slept or just plain curious.

“The Casper Nap Tours is a mobile celebration of sleep,” said Luke Sherwin, Casper co-founder and chief creative officer. “Eight hours every night just isn’t realistic for most of us, so the Nap Tour is traveling across the country giving people an opportunity to take a quick nap on Casper’s mattress, sheets and pillows and experience the brand in a fun way.”

“We chose these cities, including Santa Monica, for Nap Tour stops because they are home to overworked, under slept people who were really vocal on social media, on the phone and on email in asking Casper to visit,” Sherwin said. “So far, the Nap Tour has seen more than a dozen cities and tens of thousands of people have stopped by to take naps or meet us in person.”

To book your berth head to: casper.com/naptour and reserve a 15 minute nap in the traveling Nap Mobile, walk up appointments are also welcome.

“We hope people take a break from the day-to-day to stop by the Casper NapMobile, have a snooze, ask us questions or just say hi,” Sherwin said.