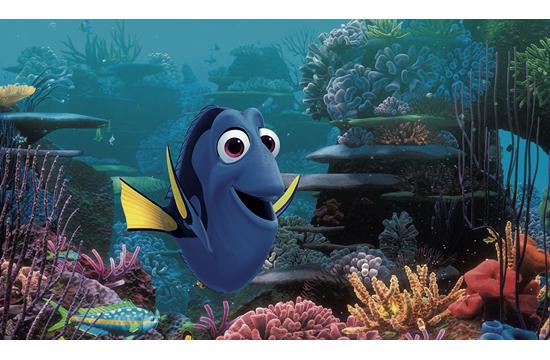 Born and raised in Santa Monica, Becky Neiman has worked her way up the Pixar ladder to land the roll of production manager for the upcoming film, “Finding Dory,” which opens in cinemas today.

Neiman grew up in Santa Monica and attended Franklin Elementary School, Lincoln Middle School and then Santa Monica High School before continuing her studies at UC San Diego. Neiman got her start at Pixar in 2004 and has worked as a production artist on Ratatouille, a graphic designer on “Wall-e,” a department manager on “Cars,” an editorial department manager for “Inside Out” and more.

“I feel super grateful having grown up in Santa Monica,” Neiman said. “A lot of my leadership skills got started there such was when I was an editor in chief in high school so if anything I want to do a shout out to the teachers and schools in Santa Monica.”

Neiman returned to Santa Monica after graduating from UC San Diego, but later moved to the Bayside to be closer to the Pixar studio.

“Being production manager has been great,” Neiman said. “I help run the production by keeping the crew on track, which grew as big as three hundred people at the largest point, making sure everyone is on the same page”.

“Finding Nemo was such a loved movie,” Neiman said. “I just want Finding Dory to speak to the people who loved Finding Nemo so much and that it’s everything that they hoped for.”