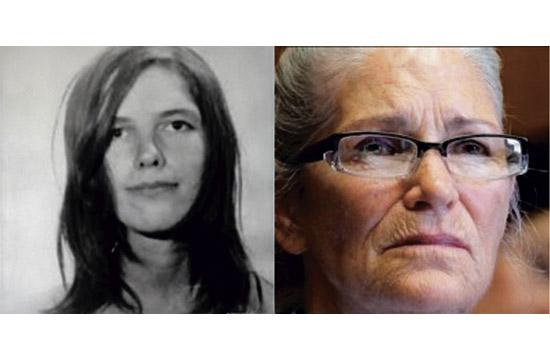 It seemed like déjà vu last month when a panel of the California Board of Prison Terms recommended parole for onetime Charles Manson “Family” member Leslie Van Houten.

Other parole board teams have recommended release several times for less well-known former Manson murder participants like Bruce Davis and Charles (Tex) Watson and none has yet been freed.

But some parole panelists believe Van Houten should be different. Denied parole 19 other times during 46 years in prison, she has been an exemplary inmate, organizing women’s support groups and earning college degrees.

Parole Commissioner Ali Zarrinnam told Van Houten during a five-hour hearing in Corona earlier this year that her “behavior in prison speaks for itself … 46 years and not a single serious rule violation.”

Gov. Jerry Brown should pay little or no heed to that kind of sentimental talk as he considers whether to accept or veto the parole recommendation. And most likely, he won’t. When parole officials recommended freedom for fellow Manson Family killer Davis last year, Brown wrote a six-page reversal making this salient point: “In rare circumstances, a murder is so heinous that it provides evidence of current dangerousness by itself. This is such a case.”

It’s rather doubtful that Van Houten, once a rich family’s daughter and now a gray-haired 66-year-old, would do much damage to society – the usual standard followed in allowing or denying parole – except in this case for its effect on the societal psyche.

For if murderers can eventually go free after behaving as brutally as Van Houten did in 1969, first holding down victim Rosemary La Bianca in her Hollywood Hills home while fellow killers Watson and Patricia Krenwinkel repeatedly stabbed her, and then adding 14 stabs of her own just for emphasis (later, she said she inflicted ‘about 16 stabs’), what value has society placed on human life? And what effect might that have on others considering brutal killings of their own?

There was also the matter of Van Houten’s scrawling racist slogans in Mrs. LaBianca’s blood on several interior walls of her home. And there was her carving the word WAR into the stomach of Mrs. LaBianca’s husband Leno, murdered with her.

And yet, there are plenty of lawyers and prison psychiatrists to whom this is largely irrelevant because Van Houten has been a model prisoner, just as was her pal, Susan (Sadie) Atkins, who helped kill actress Sharon Tate and others and died of cancer in prison, where some chaplains bemoaned her incarceration because she was such a “deep and noble” person. None of those Atkins admirers, nor any of the psychiatrists who have evaluated Van Houten, set foot in the crime scene the next day, as this columnist did.

Nor did any of them see Atkins and Van Houten, with a few other Manson followers, repeatedly enter courtrooms with X’s carved into their foreheads to mark the degree of their support for their guru and each other – and what they had perpetrated.

Sure, they – like Davis and Watson – have been exemplary convicts. But that did not help Cory LaBianca last year, when her six-year-old granddaughter asked what happened to her great-grandparents.

Two new factors are at play in this latest parole case. For one thing, Brown has only 30 more months in office and will likely be the last California governor with personal memories of the Tate-LaBianca murders. He lived nearby in the Hollywood Hills at the time and was an elected Los Angeles community college trustee. Will future governors who did not live in the area (no one in the current list of prospects to succeed Brown was either an adult or lived in the vicinity at the time) be more sympathetic to the now-elderly killers?

Another possible factor is Brown’s push for a fall ballot initiative that would ease paroles of state convicts – possibly including Davis and Van Houten.

Would he view it as hypocritical to simultaneously push this measure and deny parole to Van Houten, classed as an ideal candidate for freedom by every prison system expert (none of whom was directly exposed to her crimes)?

One thing for sure: If Brown okays this parole, it will most likely taint his legacy, perhaps even more than the several forms of corruption that now afflict his administration.