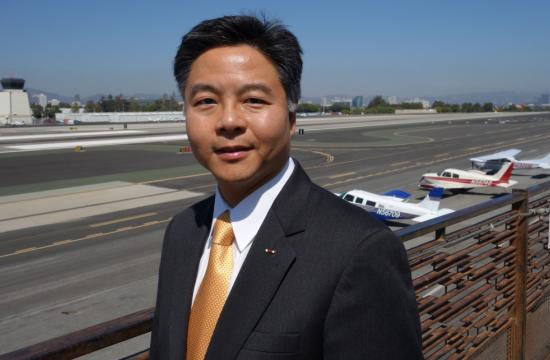 Today in Washington , Congressman Ted W. Lieu issued the following statement in light of a sit-in by Democrats on the House Floor today to demand a vote on legislation to address gun violence in America.

“Having earned two marksmanship ribbons in the U.S. military, I am well aware of the lethality of guns.  It is ridiculous the United States gives terrorists easy access to weapons that can kill a lot of people very quickly.  We absolutely need to require background checks before all gun purchases and restrict people on the no fly list from buying guns.

“Due to recklessness by House Republicans and the NRA’s maniacal stonewalling of any gun safety legislation, Democrats must stage a sit-in on the House floor simply to request a vote on gun safety legislation.  My Democratic colleagues and I have had enough of Congressional inaction on gun violence in America.

“I am honored to join civil rights icon John Lewis in the sit-in and applaud his leadership on this fierce, urgent issue.  Since the Orlando massacre, the worst mass shooting in our history, 500 more Americans have been the victims of gun violence.  Enough is enough.”