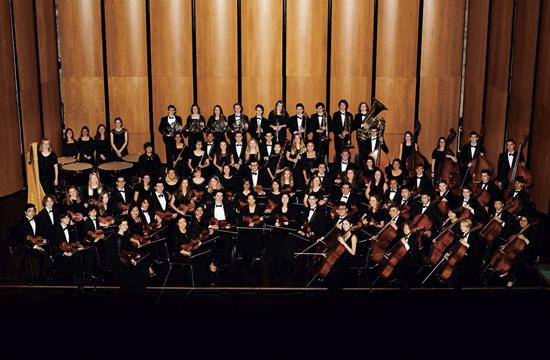 In the wake of their highly anticipated European tour cancellation due to the Brussels terrorist attacks, student members of the Santa Monica High School Symphony Orchestra have turned their disappointment into positive action.

The result is a benefit concert at Walt Disney Concert Hall on Sunday, June 12, for victims of terrorism. Proceeds and donations will benefit the International Committee of the Red Cross.

After months of preparation and fundraising, the orchestra’s “once in a lifetime” tour was cancelled following safety concerns after the March 22 bombings in Brussels, Belgium.

The Symphony Orchestra, scheduled to depart for a tour of Europe the day after the terror attacks, were slated to perform at Salle Gaveau, an historic concert hall in Paris, and at the world renowned Royal Concertgebouw in Amsterdam.

Although the students were heartbroken about the cancellation, they understood their disappointment was minor compared to the tragedy of the bombings, and were determined to create something positive from the unfortunate turn of events, orchestra director Joni Swenson said.

Instead of getting on their flight to Paris, the students decided to channel their music into an instrument of positive action, resulting in the idea for the upcoming benefit concert.

Samohi junior, Emma Geisler added, “as Leonard Bernstein once said, ‘This will be our reply to violence; to make music more intensely, more beautifully, more devotedly than ever before.’”

“I am proud of these determined students who are turning a very disappointing situation into a positive event that will raise awareness and funds for those affected by terrorism,” said Swenson. “The Walt Disney Concert Hall is the perfect venue for our musicians to perform what they have prepared.  I invite everyone to join us on June 12th to experience a wonderful and heartfelt performance.”

Information on the benefit concert, donations and tickets can be found on the Samohi Orchestras website: samohiorchestras.org.