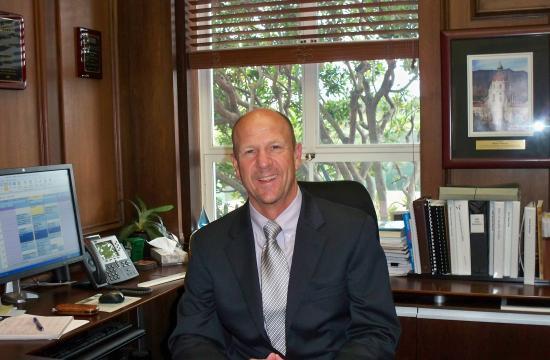 For the past five years, the City of Santa Monica has benefitted from the leadership and expertise of Public Works Director Martin Pastucha and after over three decades of public service, Pastucha announced he will retire on July 8, 2016.

“Martin’s devotion to public service is evident in every corner of our community,” said City Manager Rick Cole. “He leaves a lasting legacy of improved public facilities including parks, streetscapes, water-wise landscaping and modern equipment and technology.  Every day our residents benefit from the Public Works team that he built and led. His commitment to both environmental and fiscal sustainability as well as his calm and tenacious commitment to getting things done, means Santa Monica is better off today because of his leadership.”

“It has truly been an honor and privilege to work alongside the Public Works staff who are some of the most creative, hardworking and innovative people I have been associated with in my career,” said Pastucha.  “Based on the evolution of this department over the last six years, I am confident in the ability of the staff to continue to uphold the excellence in services and deliver projects that Santa Monica has come to expect and deserve.”

Prior to joining the Santa Monica City team in January of 2011, Pastucha was Public Works Director for the cities of Pasadena and La Habra. Mr. Pastucha has been active with the League of California Cities, serving as the President of the Public Works Officer Department in 2010 and on the Board of Directors from 2012-14. He is also a member of the International Affairs Committee of American Public Works Association, the Board of Directors of Southern California Chapter of the American Public Works Association, and CALTRANS Transportation Advisory Committee.