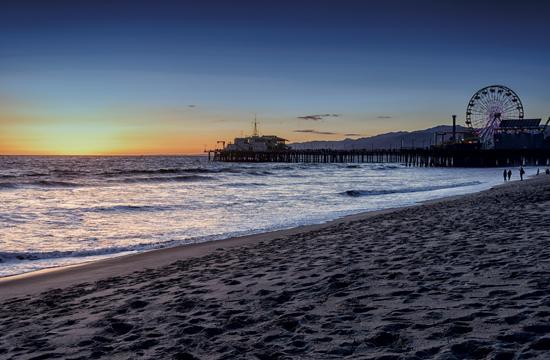 Heal The Bay’s latest beach report card is in, and the news is not good for Santa Monica Pier beach. The popular tourist spot ranks fifth on the environment group’s annual Beach Bummer List for the most polluted beaches in California.

Despite numerous efforts to improve water quality over the years at the Pier, bacterial issues persist, Leslie Griffin, beach water quality scientist with Heal The Bay told The Mirror.

“This site faces many obstacles in water quality, especially because it is such a large hub of human activity,” Griffin said.

The Pier sees massive quantities of visitors throughout the year and is home to a large bird population, Griffin explained. “Due to the size of the pier, shading from above keeps solar radiation from helping to breakdown bacteria in the waters below. This is definitely concerning due to the number of people swimming in this popular area, as well as the likely influx of visitors from the new Expo line.”

With a fifth consecutive year of below-average rainfall in Southern California in 2015-16, many other beach beaches in Heal The Bay’s study fared well, with less untreated runoff polluting our seas via storm drains.

Santa Monica is working hard at fixing the problem that remains; the City is installing a new diversion project that should help during rainy weather. “But we are still concerned about all those ocean lovers now taking the Expo to Santa Monica. The train is dropping them off at a spot with chronic water quality issues,” Griffin said.

A new forecast approach could help beach goers determine where is best to swim at any given day, according to Heal The Bay. This summer, the group, in partnership with Stanford University, and UCLA will expand a pilot program to test the effectiveness of new predictive beach water quality tools.

“Using sophisticated statistical models, environmental data, and past bacteria samples, the scientific teams are aiming to accurately predict when beaches should be posted with warning or open signs,” Heal The Bay explained.

Santa Monica Pier Beach was part of last year’s pilot program that enabled agencies to post a warning notice immediately at pollution-impacted beaches rather than waiting one to two days for bacteria testing. To check out weekly statistics head to: beachreportcard.org.

And if you’re still set on swimming near the Pier this summer, Heal The Bay advises to stay at least 100 yards away – “Think a football field!” they said.