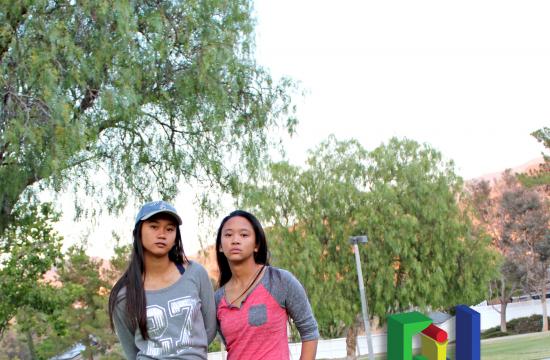 KiKstart is a teenage band with a heart.  Started in 2013, these young girls formed a band just to share their passion for music with other people.  They have always sung in talent shows since Kindergarten, but they did not discover that they had a natural talent in playing instruments until a variety show in their freshman year in high school.  They quickly got passionate about performing and playing their music.  Throughout their career, they vowed to always be involved in numerous charities, using their concerts as a means of raising funds to help people and organizations in need.  Their very first public performance, outside of variety shows, was at the Opening Ceremonies of the 2013 Relay For Life in their hometown, Santa Clarita. They also have performed in other Relay For Life events like in Covina, Reseda and San Fernando.  They have raised funds from their concerts benefitting the SCV Food Pantry, their very own high school – Albert Einstein Academy, the seminarians from their parish church – St. Clare of Assisi, and the victims of Typhoon Haiyan, through the Philippine Red Cross just to name a few.  Typhoon Haiyan, or Yolanda as it’s known in the Philippines, was one of the strongest tropical cyclones ever recorded in history (2013) that claimed the lives of more than 6,000 people in the Philippines.

Like almost all musicians or artists, KiKstart dreams of making it big one day, but their main reason may be a little different than most.  17-year old twin sisters Kalia and Keeli Javan “can’t wait to be a big name in the music industry because when we’re big, we can help more because we’ll have more impact and influence.”

In 2014, they released their first song, “Heart Might Break Again,” and sold copies on CDBaby.com, iTunes, Amazon, Google Play, Xbox Live and other sites.  It quickly captured the hearts of people everywhere; and in Australia, they were voted by the listeners of Stars of Tomorrow, an FM Radio Program in Sydney, Australia, as “Top 5 Artists of 2014.”

Things are just going to get better for KiKstart as the sisters start to write their own songs, injecting their own personalities in their compositions and opening their hearts to their listeners.  The girls currently attend music, songwriting, voice, and performance classes at Paramount Academy of Music in Los Angeles under the tutelage of Marisa Gariano, Carl Restivo, Michael Eisenstein, Tim Pedersen, and Michele Gruska.  On Saturday, July 9th at 1:00 pm, KiKstart will once again share their God-given talents and perform at the 2016 Relay For Life of San Fernando benefitting the American Cancer Society.  On Saturday, August 6th at 12:30 pm, you can catch KiKstart at The Mint LA as they perform in an all-ages show featuring a few other bands.  Tickets are $5 for 21 years old and over, and $10 for under 21.  KiKstart will perform a lot of their favorite songs, each to be performed with their own spin on it.