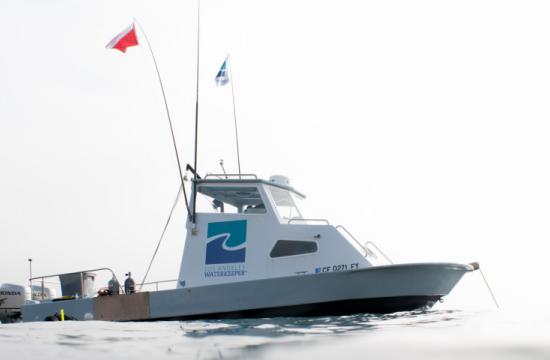 Los Angeles Waterkeeper filed a lawsuit Monday against the California State Water Resources Control Board and the Los Angeles Regional Water Quality Control Board for its decision permitting excessive copper and lead pollution in the Los Angeles River and its tributaries. According to LA Waterkeeper, the State and Regional Water Boards’ actions greatly relax existing regulations controlling the amount of lead in the river and increase the legal limits for copper in the river by up to 1,000 percent. Both Water Board’s approved a set of new standards – known as site-specific water-quality objectives – that override more protective water quality standards.

According to LA Waterkeeper, these objectives are often designed and conducted by polluters with a financial interest in weaker water-quality standards. The organization says that the new objectives for copper and lead are so weak that treatment of stormwater for these pollutants would no longer be required. Sadly, both copper and lead are toxic to aquatic life and humans.

In this case, the studies supporting the dramatically weaker standards were paid for and overseen by the cities that line the river and its tributaries, as well as Caltrans and Los Angeles County. Local and state agencies can be liable for permit violations if they discharge excessive pollution into the river.

“The State Water Board and Los Angeles Regional Water Board failed to adequately respond to public input, sweeping all criticisms of the weakened standards – and the flawed studies on which they are based – under the rug,” said Bruce Reznik, Executive Director of LA Waterkeeper. “We are drawing a line in our waters and saying no to policies that take our water quality back two decades.”

The case marks the first time any organization has legally challenged the scientific validity of studies used by the State Water Board to justify water quality standards.

“Rather than enforce existing standards against polluters, the State and Regional Water Boards tried to redefine water pollution. This type of water management is irresponsible and creates a ripple effect across the state,” added Reznik. “We demand better standards for the people and wildlife that depend on our waters.”

“The studies rely on rosy assumptions,” said Dr. Rita Kampalath, science and policy director at Santa-Monica based organization Heal the Bay. “The Board has left it in the hands of the dischargers to make sure that these new standards are adequately protective without making sure that the studies used are as thorough and ensure public safety.”

Reflecting on the long-term health of the river, Marissa Christiansen, senior policy director for Friends of the Los Angeles River, added that, “any actions amending water quality standards for the Los Angeles River must be considered in the context rehabilitation and restoration to assure that the river access and ecological health is not impeded.”

Los Angeles Waterkeeper is filing the lawsuit under the California Environmental Quality Act, the Porter-Cologne Water Quality Act and the federal Clean Water Act and seeks to reverse the approval of the site-specific water quality objectives. The original and more protective water-quality standards for copper and lead would then be restored.