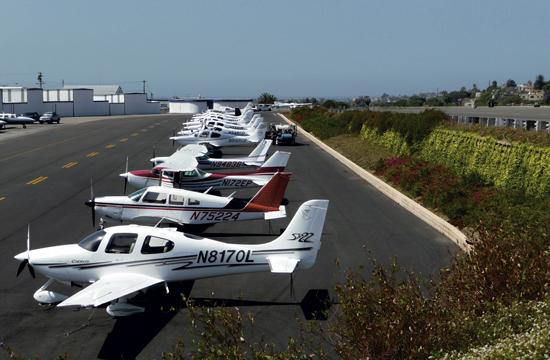 Santa Monica City Council unanimously approved Tuesday a motion to consider a resolution indicating its intent to close the Santa Monica Airport (SMO) by June 30, 2018 or as soon as legally permitted. Council directed staff to bring a proposed resolution to its August 23, 2016 meeting.

“We are committed to reclaiming our land and this motion gets us closer to protecting the health and safety of our residents, and to transitioning the airport land to better uses,” said Santa Monica Mayor Tony Vazquez, who introduced the motion with Mayor Pro Tempore Ted Winterer.

However, airport proponents have reminded The Mirror that the grant to build SMO’s blast fence, which was issued by the Federal Aviation Administration (FAA) for the fence built in 2003, mandates that the asset must be in use until 2023, determined by the FAA in Part 16 of a legal proceeding, which the City is appealing.

“They’re [the councilmembers] pandering to the anti-airport activists. They want those people to see that they are doing something – its action for the sake of action,” Christian Fry, President of Santa Monica Airport Association told The Mirror.

“The hardest thing for me as a 20-year resident of Santa Monica, is that the politicians are misrepresenting the facts of the airport,” Fry said. “We meet or exceed every pollution law on the books – we do an incredible job or running a very successful public asset.”

During Tuesday’s meeting, council directed the city manager to report back to it on what measures could be taken to reduce the impacts of the airport and to implement the proposed resolution, which includes jump-starting the planning process and environmental analysis under the California Environment Quality Act to get Santa Monica closer to the community’s vision for the land, City staff said.

“This motion helps clear the air regarding our intent, which is to close the Airport as soon as is possible. Equally important is to dispel rumors that the City wants to turn the Airport into a massive development,” said Winterer.

“It is great that the council has publicly voiced their commitment to close the Santa Monica Airport,” said Alan Levenson, No Jets Founder. “Unfortunately it will be years before the court cases asking to close SMO resolve,” Levenson acknowledged.  “An additional step that we have discussed with Mayor Vazquez, and members of council, is to exercise our proprietor’s rights to eliminate the fixed base operators, including Atlantic Aviation who service and fuel the jets.”

Removing fixed base operators would have a massive impact on the City’s coffers. A 2011 study by HR&A Advisors revealed a $275-million direct economic impact to the City from SMO, along with 1,475 local jobs, and with increasing rents now in place, revenue is expected to approach half a billion.

“What we want to see is our airport become this really wonderful place where we can have the newest technologies, the cleanest fuels, and electric aircraft,” Fry explained, adding that the misrepresentation of the facts does nothing but pull the wool over everyone’s eyes.