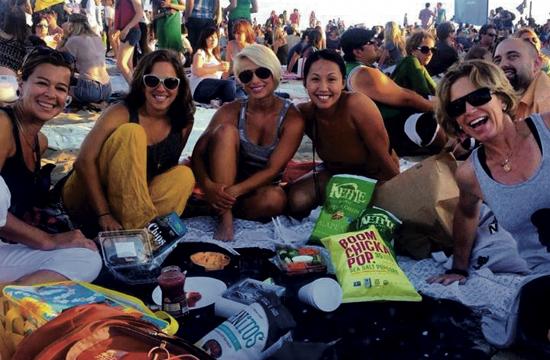 The weekly summer fixture of Thursday evening twilight concerts at Santa Monica Pier ignites the city in more ways than one. Whether you liked the old days, or the new format, eager crowds are now pushing the 40,000-weekly attendee capacity limits, raising questions about the financial costs vs. benefits to Santa Monica.

Pier businesses receive a boost in clientele; “Many restaurants and bars in the area see a surge on Thursday nights and often run specials related to the concerts,” commented Santa Monica Pier’s Jay Farrand, and “Pier Concerts provide the opportunity to showcase one of our great City’s great treasures,” according to The Albright’s Greg Morena, but at what cost?

Santa Monica Fire Chief Bill Walker recently stated that the demand on his resources is stretched during the summer months, keeping all-things-calm impacting the City’s budget.

While this year’s figures are still in the making, the 2015 Twilight Concert Series cost a direct $424,258 in 2015/16 plus an allocated City budget contribution to the Pier Restoration Corporation that was increased by $200,000 at the FY 2015/16 midyear budget update to hit $703,154, according to Brigette Garay, Public Records Coordinator at the Santa Monica City Attorney’s Office.

While not all of the Corporation allocation is spent on the Concerts it is fair to say that at least some of it is. So at a minimum, we’re looking at $50,000 per concert over the 10 week period – plus a portion of the $703,154.

“Sharing our collaborative efforts with local, global and digital communities is a platform like no other,” Morena said. And thousands of happy concert goers tend to agree.

“It’s the highlight of my year!” explained Stacy Lockwood. “I get together with all of my friends, laugh, dance, and have a really awesome time!”

“I leave work early just to get this spot,” added Matt Sochi, grinning up from his front-row beach blanket at last week’s event. “We take it in turns to get here early.”

For others, they don’t see the joy.

“The City is gridlocked and I can’t get anywhere,” complained Brett Bennet. “I think we should be spending our money on activities for all residents, not in entertaining people coming in from other areas.”

Last night’s concert was the 7th Australia Rocks the Pier – headliners Rufus Du Sol and Marc Baker were backed by the Australian Consul-General, Ausfilm, Qantas, and G’Day USA, and if the crowds were anything to go by, the Twilight Concert Series may be here to stay, whatever the financial and social burden on the City.

For the record, everyone at The Mirror loves the concert series and we are avid attendees/supporters of the event.