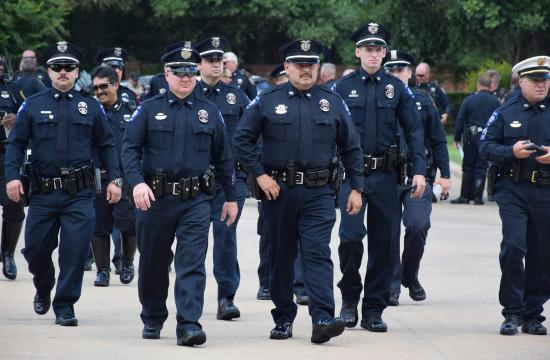 Out Of The Box.

On Friday, August 5, at 19:23 p.m. officers of the Santa Monica Police Department received a call via their police radios informing them that a strong-arm robbery was taking place at that very moment in the 2400 block of Michigan Avenue. The officers hit the gas in their police cruiser and sped to the scene and whilst en route they learned that a suspect was attempting to wrestle a bicycle away from a female victim. The officers arrived at the scene and the female victim told them that the suspect had run behind the building a few seconds before after he had been alerted to the officers approach by the sound of their sirens. The officers immediately ran behind the building themselves and spotted and detained the suspect. The officers then chatted with the victim who told them that several hours earlier she had discovered that her beloved bicycle had been taken from her residence. She added that a few minutes before the arrival of the officers she had spotted the suspected bicycle thief riding her bicycle and had confronted him. A struggle had ensued and a passer-by had called the police upon witnessing the fracas. The officers arrested the suspect, aged 43 and a resident of Santa Monica, and he was later charged with robbery and an outstanding warrant. Bail was set at $130,000.

On Saturday, August 6, at 12:51 a.m. officers of the Santa Monica Police Department were called out to the 1500 block of Ocean Avenue regarding a battery that had occurred moments earlier. Upon arrival at the location the officers immediately detained a possible suspect in the case. The officers then spoke with the male and female victims and learned that this couple had been walking in the 100 block of Colorado Avenue when the suspect had approached them and for reasons unknown had suddenly grabbed the female by the buttocks. The officers were told that after this male suspect had performed the act of grabbing the female victim’s buttocks the male victim had confronted the suspect and the suspect had responded by punching the male victim in the face. The suspect had then begun to walk away but the police had arrived just in time to spot and detain this 25-year-old Sylmar resident. The suspect was arrested and later charged with battery, sexual battery and a parole violation. Bail was not granted.

Would He Stay Or Would He Go?

On Thursday, August 4, at 8:05 a.m. officers of the Santa Monica Police Department were called out to the Palihouse Hotel, located at 1001 Third Street in order to investigate a man who was refusing to leave the hotel. Upon arrival at the hotel the officers spoke with staff members who told them that the man had entered the hotel about one hour earlier and had been asked to leave by numerous staff members because it had become apparent to the staff members that the man had no intention of becoming a paying guest at the Palihouse. The officers then spoke with the suspect and asked him if he had any intention of leaving the hotel to which he had replied that he did not. The officers arrested this 32-year-old homeless man and he was charged with trespassing in addition to having an outstanding warrant. Bail was set at $15,000.