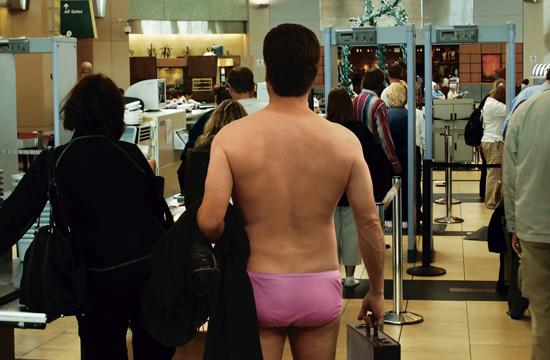 Last month a California judge allowed a class action suit, filed on behalf of warehouse workers, to proceed against a subsidiary of Staples Inc. Among other things, workers said they were not being paid for time they spent – up to a half hour – standing in line waiting to undergo security checks. They’d have to go through the line when leaving for lunch, too, which ate into the time the 30 minutes they actually had to eat.

The security screening was intended to deter theft. But while waiting their turn, the workers remained under Staples’ direct control – they weren’t allowed to leave – and therefore, should be paid wages for their time, the suit says.

Their case seems pretty clear, right? If you’re standing in line at work waiting for someone to let you go home, you are on the clock.

Now consider your own job. Is it as easy to tell when you are on the clock and when you aren’t?

For many, routine electronic communication has blurred the line between personal time and work time. You check email after work or on weekends, you take client calls on your days off, and work seeps through your smartphone right into your pocket.

Have you ever taken an important phone call on your way to work? Many people do, and it’s common for employers to have an expectation, perhaps unspoken, that those in key positions be available for calls, texts and emails even when they are off the clock. Should a company pay overtime wages for electronic correspondence, even during a commute to work?

The 2010 case of Rutti v. Lojack Corp. Inc. is instructive. Mike Rutti installed car alarms for Lojack Inc. He was required to keep his cell phone on at all times and to drive directly between home and the job site without making any additional stops. After returning home, he was required to upload data obtained on the job from a portable data terminal to headquarters via the Internet.

Citing the so-called “going and coming rule,” the 9th U.S. Circuit Court of Appeals determined that Rutti’s commute time was compensable under California law, but not under federal law, which says employers need not compensate employees for time spent traveling to and from where they perform their job duties. However, the 9th Circuit found that because Rutti’s time was subject to the employer’s control, Rutti had to be paid under California law. The court considered that Rutti might have to answer his mobile phone at any time and could not make additional stops, like stopping at the store, while going to and from the job site. To the Rutti court, the relevant question was whether the employee’s time is “subject to the control” of the employer. If so, then the court considers whether the time spent on a particular function is “de minimus,” of minor importance. According to the court, that Rutti kept his mobile phone on and did not deviate from his work route wasn’t an issue. However, Rutti’s 10 to 15 minutes per day spent uploading data from the portable data terminal amounted to significant work time, over an hour per week. California law sees that as paid time. However, under federal law, that time wasn’t compensable because Rutti was relieved of all duties upon returning home-and could input the data at a time of his choosing.

Rutti’s portable data terminal is not so different from your smartphone. Nor is Rutti’s commute unlike any in which an employee is obliged to respond right away to a phone call. The same considerations are present: There is not a particular time the employee is to allot for the task; time spent on a work task can take anywhere from five to 15 minutes; it’s a regular part of the employee’s job duties; and the employee is off duty when completing the task.

Therefore, it might not be “de minimus” under California law.

Today, your smartphone might act as a timecard, with overtime accruing for work done at home. Between phone calls, texts and e-mails, an employee’s mobile device has quickly gone from a convenience to a nuisance.

The evolution of the workday will likely continue to bleed into the home through the employee’s smartphones.

Employers should have clear policies in place that detail when and where employees can use them for work. Employers must also explicitly communicate to managers and employees that the written policy trumps verbal representations, to deter expression of contradictory expectations.