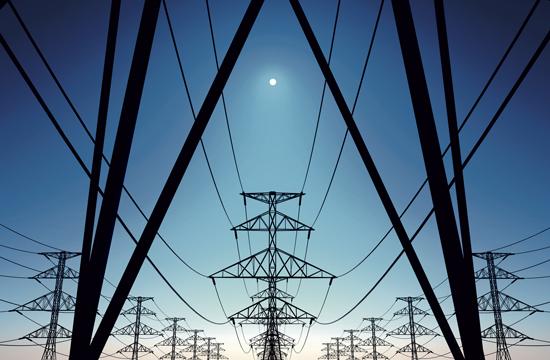 Watch out, warned three of California’s most powerful – and most ethically shaky – state agencies in late April and again in August. If the notoriously leaky Aliso Canyon natural gas storage field in northern Los Angeles were not reopened quickly, California would face the strong possibility of blackouts during the summer.

The reasoning of the state report went this way: When electricity use peaks during the heat waves of summer and early autumn, power plants fueled by natural gas might not be able to operate without fuel from Aliso. Not coincidentally, that report was co-authored by the Southern California Gas Co., which has the most to gain from reopening its flawed field above the Porter Ranch area of the San Fernando Valley.

Every major public official went for this threat. That included Gov. Jerry Brown’s administration, Los Angeles Mayor Eric Garcetti and many others.

But power plants never shut down this summer and there’s virtually no chance they will this fall, either.

It should have been obvious immediately to all that the threat was a bunch of hooey. For the highest gas use of the last 10 years in the region served by Aliso Canyon came not in any summer, but in the winter of 2008, when demand in Southern California reached 4.9 billion cubic feet per day (bcfd). Even that quantity was well below the 5.7 bcfd available at all times from incoming pipelines and other storage fields in the region.

Aliso Canyon, then, is not really needed in summer or fall for anything but feeding the bottom line of SoCalGas and its parent company, Sempra Energy.

Meanwhile, the frequent questionable actions of the April study’s other authors, the state Public Utilities Commission, the California Energy Commission and the state Division of Oil, Gas and Geothermal Resources have been thoroughly documented here and elsewhere.

The first acid test for their threat came during an unusually warm June in Southern California. On June 20, the temperature in the Los Angeles Basin hit 101 degrees, 22 degrees above normal for the date, reports the AccuWeather service. Aliso Canyon was not in operation, but there were nevertheless no gas service curtailments. No backup fuel was used by either Southern California Edison Co. or the Los Angeles Department of Water & Power, despite record-level electricity demand.

The same for the heat wave of late July and early August, when deliveries by SoCalGas, reported on its website, never reached even 4 bcfd, far below the company’s capacity without Aliso.

Edison had its second-highest one-hour peak load ever between 3 p.m. and 4 p.m. June 20 at 23,564 megawatts, while DWP hit 6,080 megawatts, the highest DWP demand ever in June, and just under its all-time record.

But there were no blackouts and no media even bothered to report on the ultra-high electricity use, which itself was no oddity on a hot day.

“I do not expect we will see higher demand anytime this fall than what was registered on June 20, and there were no problems then,” said William Powers, whose Powers Engineering firm has been instrumental in defending consumer interests, including offering testimony that was a key factor in preventing California from becoming dependent on hyper-expensive imports of liquefied natural gas.

There was, then, never a real possibility of a blackout. This makes the threatening state report little more than bald blackmail, designed to panic consumers so they would acquiesce in reopening Aliso Canyon. Only after it is reopened can SoCalGas begin to dun its customers for an expansion of that field which was routinely approved by the PUC before Aliso’s months-long leak began last fall.

The sad part of all this is not merely that the Brown Administration has been caught in a lie and a new instance of favoring large utility companies over their customers.

What’s truly unfortunate is the loss of trust for both government and those large, vitally needed and important investor-owned utilities that comes when a threat like this turns out to be bogus. For now that it’s clear this warning was worth less than the paper it was printed on, who would believe any other threat issued by the same agencies, even if the next one should be genuine?