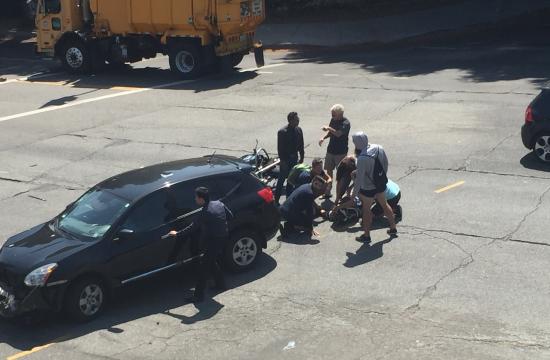 Bystanders were shocked this morning, August 2, at a crash on Ocean Park Boulevard and Centinela Avenue between a motorcyclist and a black Nissan Murano.

The motorcyclist suffered some head trauma, with bleeding visible to bystanders, as well as other injuries that warranted paramedics to take him away in an ambulance.

The driver of the Nissan suffered no visible injuries, but the car’s front bumper suffered major damage.