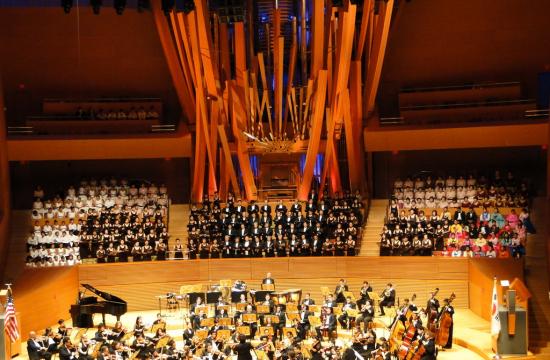 Celebrating its fifth season, the Dream Orchestra opens its “Symphonic Season” on Saturday, Sept. 17, at 8 p.m. at the Broad Stage, Santa Monica.

After its successful 2015-2016 season at the St. Monica Catholic Church, Dream Orchestra Artistic Director and Conductor Daniel Suk chose the Broad Stage for the 2016-2017 season because of its intimacy and symphonic acoustics.

He founded the non-profit orchestra in the fall of 2011, and since then it has performed in top concert halls all over Southern California – Walt Disney Concert Hall and Zipper Hall in downtown Los Angeles, the Barclay Center in Irvine, the James R. Armstrong Theatre in Torrance and others.

More than 60 top musicians from Los Angeles and Orange County are core members of the Dream Orchestra.

Exhibiting an innate musicality well beyond his years, 15-year-old Japanese-American pianist Ray Ushikubo has already performed on the stages of Carnegie Hall and Merkin Concert Hall in New York City, and on NBC’s The Tonight Show with Jay Leno.

Since his solo orchestral debut at age 10 with the Young Musicians Foundation Orchestra at Los Angeles’ Dorothy Chandler Pavilion, Ray has appeared with world-renowned pianist Lang Lang at Orange County’s Segerstrom Concert Hall, and with pianist and conductor Jeffrey Kahane and the Los Angeles Chamber Orchestra at Royce Hall in Los Angeles. A recipient of the prestigious Davidson Fellow Laureate Award in 2014, Ray won the 2016 Piano Concerto Competition at the Aspen Music Festival and School.

The non-profit Dream Orchestra’s mission is to promote and present exciting, passionate classical music, enrich the lives of community members and most importantly, inspire the next generation of young people to love classical music and become artists.

For more information about the Dream Orchestra’s 20 16-2017 season, visit www.dreamorchestra.org