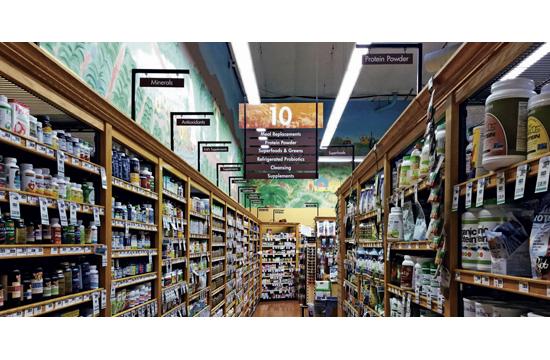 For years, I have been driving down Broadway past this hippie-looking store called Co-Opportunity and always wondered what it was like. I decided that today was the day I would go in and find out more about it. The first thing I noticed was the impressive amount of bicycle racks installed on the outside walls of the store – cool! I’ll ride my bike down here next time.

I enter the store and quickly learn that Co-Opportunity has been providing natural, organic and local foods to the Santa Monica area for more than 35 years, long before those other “yuppie” natural food stores opened in Santa Monica. This is the real deal! I’m instantly hooked.

They have one of the largest selections of certified organic produce, including bulk produce, such as lettuce mix, green beans and carrots, a large variety of healthy hot and cold to go items, such as tamales, sandwiches, wraps, and freshly made pizza. There is also a large selection of gluten free products that thoroughly pleased my shopping companion.

In addition to a wide variety of natural foods and groceries, they have of the largest selections of organic health and body care products I have ever seen. I make my way to these aisles. There’s a medicine for every ailment, including one for stress (check), one for varicose veins (check), another for back aches (check), and another for PMS (check!) Overwhelmed, I told the extremely-knowledgeable manager of this department I would have to come back for a personal consultation – soon.

After choosing a tea for energy and balance (I’ll start slowly), I moved on to the other store aisles. It was lunch time, so I went on the hunt for some healthy items. I came across a coconut oil that claimed it could be used for beautiful skin and also to cook with it! I am a major multi-tasker, so I added a bottle to my basket. While the stir-fry is cooking, I can moisturize my body at the same time!

I stroll down another aisle, and find a plethora of bulk items, such as nuts, grains, rice, spelt, quinoa, muesli, bran, flour and many other selections. They even have organic chocolate-covered nuts, almonds, raisins and cashews. Yum.

In addition to my tea, and coconut oil, I also choose a brown rice spicy tuna roll, some raw milk cheese, cashews from the bulk aisle, a couple of protein bars, and some low-carb, gluten free skinny crisps. This is what I call gourmet grazing!

Do you know what a co-op is? I didn’t, until today. As a co-op, the store is actually owned by the community. Although it’s now open to the public, customers who buy into the co-op can become part-owners and have a say in how the place is run. And, when the co-op makes a profit, members receive a portion of it. I love that! I took home the literature to read about it further.

Co-Opportunity started in 1974, by four founders out of a tiny garage in West LA.  It grew so quickly that within in a year they moved to a location on Santa Monica Blvd. and began as a members-only store that was not open to the public, with 400 members.

Thirty-seven years later, after several moves, the current Colorado location underwent a major makeover, and has evolved into a thriving co-op with more than 11,000 members. They are the only Certified Santa Monica Green Grocer and the winner of the 2010 grand prize Sustainable Quality Award. Being a hippie is cool – once again!