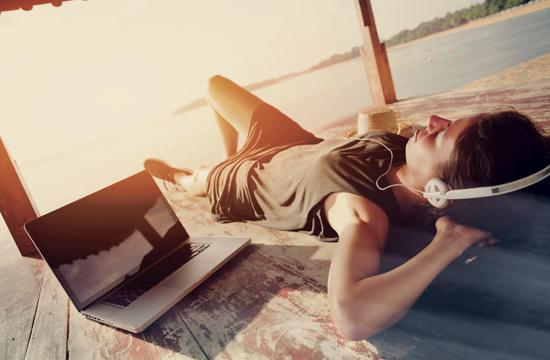 That’s right, you. Sitting around at 2 p.m. on a weekday and drinking beer al fresco at one of those joints on the beach with an unpronounceable German name. Aren’t you supposed to be someplace, doing something to put bread on the table? Where’s your phone? You’re not even on the phone?! Why do I have to sit in a cubicle that isn’t even near a window… and you are out in the sun enjoying life?

That the nature of “work” has changed for many, if not all, is not a news bulletin. But what we might be moving into is a new phase of criticism about how work looks. The “grind” of work has in many cases been replaced with something else that doesn’t necessarily make a grinding noise. And perhaps the absence of a grinding sound and sparks flying causes some to wonder if people are working hard enough.

All this occurred to me after reading Jonah Goldberg’s column in the L.A. Times this past week regarding criticism of Obama for playing too much golf. Or not cutting back on his vacation time so that he might visit flood victims or at least do something else that gave off the appearance of work. How could he possibly be keeping one hand on the rudder of our ship of state if he was seen using both hands to sink a putt?

Goldberg’s piece used the example of Obama being called out for goofing off as a means of examining how some are criticized for loafing when others get a pass. He pointed out that lefties were harsh on Bush for playing golf as Americans died in Iraq, a war he manufactured. Yet those same voices didn’t seem to have a problem whenever Obama was out on the links. And Goldberg cites a statistic that claims Obama spends 10 percent of his Presidency on a golf course.

What do you think? Is that too much? Do we need to get some more numbers for perspective, such as how much of any given day he spends with his kids? You know, as the world turns and explodes…

With global leaders, it’s easier to try and make a noise about fiddling as Rome burns. But what about everyday life and any of you? There’s so much thinking out there now about how “work” places must relax and deconstruct and make sure there’s a ping pong table and coffee options. Is work getting done? Are you working hard enough?

There’s an entire industry around the publication of books that speak directly to problems in business, business organization, and business leadership. One of the heroes of this genre is Patrick Lencioni, who grabbed my attention with his book titled “Death by Meeting”.  Written like a mildly engrossing novel, Lencioni offers guidance for getting the most out of any staff or business meeting by cutting away the time-killers in meetings that result in nothing going forward.

In other words, it’s a book of tips for getting your employees to ‘meeting’ better and to work better, and I think… harder. But in a productive direction.

So many of us are now our own bosses. Or if we have “bosses” they are often equal partners in our start-ups or small businesses. They likely don’t whip the horses like Mr. Dithers does in the “Blondie and Dagwood” cartoon… just to cite a model of old school office dynamics that should rightly have a shelf in the Smithsonian. Sure, today, consultants can be hired and reports submitted but… will we really know if we’re working hard enough?

Meanwhile, there’s the struggle to provide a living wage where before there has been a minimum wage for those doing work that is often physically demanding, repetitive, and stressful in ways no Internet start-up full of interesting haircuts and expensive eyeglass frames will ever know. A few days ago, I bought a chocolate shake at a drive-through window. The young woman at the window took my money and rang up my sale at the exact same time she was taking another order. She handed me my change and a straw as she described to the car at the other end of her headset the vagaries of various types of fries. She was literally doing two jobs at once, and when compelled to make a chocolate shake, well, that would be three jobs.

Which brings to my mind the image of the contemporary stay at home mother who can often be viewed jogging while pushing a baby stroller and making a phone call. For five extra points, attach a dog running just behind the stroller. Yet, you can still read articles regarding present-day feminism that give off a whiff of doubt about whether being a mom and raising kids is the same as “work.” My father made money for his going to college by loading Stroh’s beer cases on and off trucks. That was work and it was labor. There was no cappuccino lounge or ping pong table or orange European pillow furniture at the loading dock. He referenced that job whenever he was making a point about working. As I type this second to last sentence, I’m pressing ever so daintily on the keys of a laptop and I have a robust French Roast coffee with real cream to my immediate left. And man, I’m exhausted…