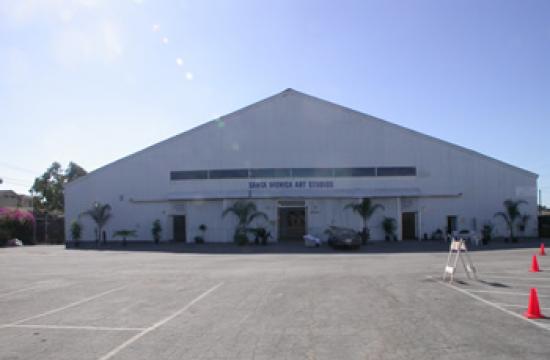 Full Disclosure: Columnists are rarely experts. With today’s technology-intensive lifestyles, there are people who write columns in tech publications who can actually give you some useful advice on how to improve the speed of your computer. But alas, like most of us, I’m just an observer albeit one that has the privilege of weighing-in once a week in this newspaper on things that seem to matter. That said, you should also know I love airplanes. My father was a pilot when I was a kid and there was nothing that topped taking a ride with him in a single-engine Cessna on a Sunday afternoon.

But I’m not sure any of my nostalgia for flying with my Dad mixes into the struggle Santa Monica is having over the Santa Monica Airport (SMO.) The Santa Monica City Council has unanimously approved a motion to consider a resolution (read the first part of this sentence again to be clear) indicating its intent to close SMO by June 30, 2018 or as soon as legally permitted. Staff will bring that proposed resolution to the Council on its August 23rd meeting.

Because voting to consider a resolution is kind of like a parent saying, “We’ll think about it…” to a child’s plea to go to Six Flags, there are those who suspect the Council of “pandering” to anti-airport activists: Doing, by not doing.

This observer believes there might be four major tent stakes that seem to be holding the closure of SMO in a stalemate. One, SMO has been a fixture since most Santa Monica residents have lived here. First it was Clover Field and the site of the Army’s 40th Division Aviation, when the “airport” became a Distribution Center after World War II. In 1958 Douglas Aircraft wanted to produce and test the DC 8 aircraft there and asked the city to lengthen the runway. Residents objected, and Douglas closed a plant that had employed 44,000 workers during World War II… moving airliner production to Long Beach. SMO then evolved into a general aviation airport. So SMO has been a fact of life in our city since before many of us were here. It’s difficult to imagine something going away when it’s been around since, like, forever, dude.

Two, residents living immediately adjacent to SMO are right to be concerned about crashes and noise. But they are also possibly vulnerable to the charge of being NIMBY, or saying “Airports are fine, just not in my backyard.” Although with SMO’s long history there’s little question many homeowners nearby were aware they were next to an airport when they bought their homes.

Three, as with every major issue in our city, there’s always a question of money. According to an article in The Mirror, SMO makes a direct economic impact on our city of $275 million, creates more than 1,400 local jobs and enjoys rent revenues that may soon approach half a billion. None of SMO’s proponents could possibly want all that dough to just fly away.

Tent stake four is kind of a personal theory, but I think it holds: Private jet owners and users want to keep SMO intact so that they don’t have to hassle with landing at LAX. Think of how much closer the Malibu or Brentwood homes of LA’s movers and shakers are when landing at SMO instead of fighting the traffic, human and auto, at LAX.

The question then seems to become whether it would be truly futuristic and smart to close SMO and use the land for something else. Ted Winterer of the City Council felt that the motion Tuesday brought clarity to any suspicions that the Council wants to open the land to “massive development,” although your definition of “massive” might vary from mine.

Do we ever really listen to Cher and “turn back time?”  I’m not currently aware of any efforts by residents in Southern California to close down certain freeways once and for all. But then, freeways benefit drivers and we’re all drivers here. SMO serves those who fly aircraft, although I can already hear someone clearing their throat to say “and that benefits all of Santa Monica in one way or another.”

Our city will yield to the construction of new hotels that inevitably serve a small portion of the economic 1 percent who can afford rooms starting at $400. Allowances that bring new retail rarely mean that a new Goodwill store will be opening, or even a Target or WalMart. It’s great that Santa Monica has something like 400 restaurants, but many of them target fine dining rather than helping working parents put something together for dinner on a weeknight.

And thus do I often feel that there’s a patina of something that might disturb Bernie Sanders about keeping SMO an airport. SMO may arguably – in one way or another – benefit all citizens of Santa Monica by remaining an airport, but that’s not the same as serving all the citizens of Santa Monica. As I said at the top, I love flight and airplanes. I like democracy, fairness and safety more. But again, I’m just an observer.