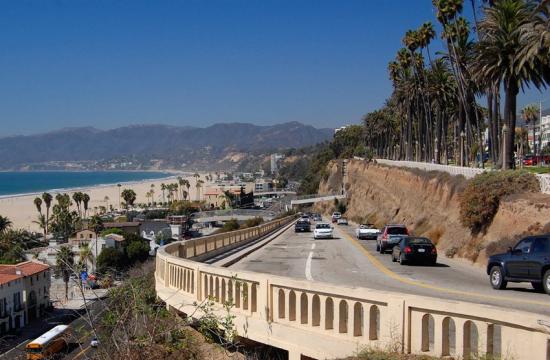 The historic California Incline is set to reopen on Thursday, September 1 after 17 months of reconstruction. The project would not have been possible without funding from the Federal Highway Trust Fund administered through the Federal Highway Administrations’ Highway Bridge Program and Caltrans’ Division of Local Assistance.

The Incline closed for reconstruction in April 2015, but the road to get there started in the early 1990s when the City initially worked to secure federal funds to rebuild. The Northridge Earthquake in 1994 put the project on pause until it picked up again in 2007 and the City eventually secured $17 million in federal funding. Now 17 months after construction started, the new Incline, last rebuilt in the 1930’s, is ready to serve Santa Monica for decades to come.

“We are thrilled to welcome the new safer and stronger California Incline on the 120th anniversary of the Sunset Trail,” said Mayor Tony Vazquez. “This vital link between Santa Monica and PCH demonstrates what federal dollars can do to support significant local infrastructure.”

The new balustrades pay homage to the old barrier rail with its streamlined modern design now with more contoured arches and pilasters. The new concrete bridge deck now sits on 96 concrete piles drilled beneath the bluff’s surface, supporting the shared bike and pedestrian path, and one lane for vehicles in both directions. Over 1,000 soil nails to stabilize the bluff along the eastern edge. The new Incline exceeds strength requirements and will serve more than just cars in a community that is all about transportation choice.

“Our new California Incline is not only a feat of modern engineering, it’s the fruit of great human effort, sure to be with us for some time to come,” said Curtis Castle a civil engineer with the Public Works Department. “Hundreds of individuals worked on this project day and night for 17 straight months.”

A press conference with Mayor Vazquez, the Santa Monica City Council, and local and state officials will mark the bridge’s re-dedication at 9 a.m. on Thursday, September 1. The press conference will include remarks and a Big Blue Bus banner break.

The public is invited to enjoy four hours of access to the Incline and its sweeping views of the coastline from 10 a.m. to 2 p.m. There will be light refreshments, a historic photo exhibit and photo booth, DJ music, and a Santa Monica Public Library pop up.

The Incline will open to car traffic at 5 p.m. in time for the Labor Day holiday weekend.