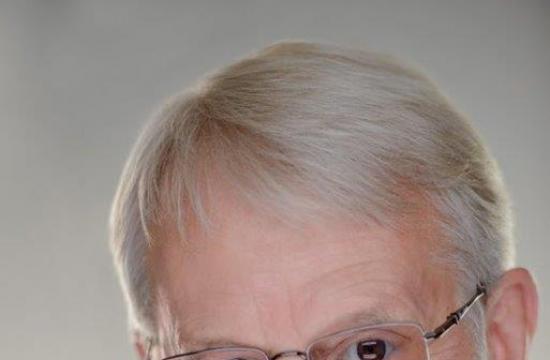 The New West Symphony has announced the re-election of Dr. Paul Finkel as Chairman of its Board of Directors for a second two-year term.  Dr. Finkel has served on the Board for seven years and was re-elected Chair at the Symphony’s Annual Meeting held this month.  Also introduced at the Annual Meeting were board officers in each of the three regions where the Symphony performs as well as new board members who have joined the Symphony over the past 12 months.

“Paul is an exemplary Board Chair and we are very fortunate that he has agreed to continue in his leadership position for the next two years.” said Executive Director Natalia Staneva. “During his time as the Board Chair, the Symphony has continued to bring outstanding classical performances to our audiences while significantly enhancing our mission of community outreach and education. In addition, under his stewardship we updated of our bylaws, placed a greater focus on board recruitment and launched a strategic planning initiative designed to ensure the sustainability of the New West Symphony for many years to come.”

A longtime resident of the Conejo Valley, Dr. Finkel is a graduate of the University of Illinois Medical School. During the Vietnam War, he served two years at Scott Air Force Base in Illinois as the Midwest Consultant in Nephrology for the U.S. Air Force. He later established a practice in internal medicine and nephrology in Thousand Oaks, and from 2007-2008 served as chairman of the board of trustees at Los Robles Hospital and Medical Center. Dr. Finkel also taught in the UCLA Adjunct Medical Program at Sepulveda VA Hospital for 20 years. He retired in 2014 after 40 years in private practice. Dr. Finkel is very involved in the arts and was awarded the Ventura County Arts Council’s Art Stars Award for Arts Philanthropist in 2015.

The Annual meeting also provided an opportunity to formally welcome five individuals who joined the board at various times over the past 12 months: Joanne Chao, Ross Goldberg, Leslie Luciani, Stephen MacIntosh and Jorge Zambrano.

Chao has lived in Ventura County for 40 years and was the Controller and Design & Remodeling Consultant for her family business for 17 years from 1985 until 2002. Her special interest in design led her to a career in Commercial and Residential Real Estate Development and Management.

Goldberg is founder and president of Kevin/Ross Public Relations in Westlake Village. He is past chairman of the board of trustees of Los Robles Hospital and Medical Center and a founding board member and past president of the “Trailblazers” community support group at the Autry Museum of Western Heritage.

Luciani is beginning her second year as President of the New West Symphony League after having served as its Membership Chair. She is the former Administrative Director of the Stephen Wise Youth Orchestra and taught the children’s choirs at both Burbank First Presbyterian Church and Westminster Presbyterian Church.

MacIntosh is a Financial Advisor with DA Davidson where he provides financial services for individuals and families in Los Angeles, Ventura and Santa Barbara counties. He is currently treasurer and board member of The Ojai Foundation and a commissioner on the City of Santa Barbara’s Harbor Commission.

Zambrano works independently in the financial services industry. He is the Treasurer for the Board of Directors of Shutter Stories, a collaborative effort of volunteer photographers who share their photography as a way for patients in treatment or recovery to experience nature when they are unable to be outside.