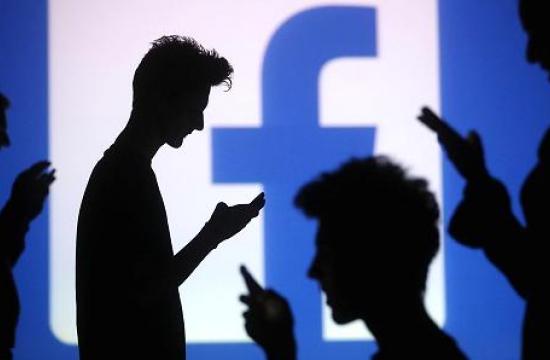 I probably spend about half an hour a day reading and commenting on Facebook. As I understand it, that’s not a serious FB “habit,” although that would add up to three and half hours a week I could easily spend on other things. As a musician, I could probably write and record a song demo every week if I had that time back. Then there’s my novel, my musical based on the life of Dolly Madison, and my blueprint for peace in the Middle East.

I question the true value of Facebook every time I visit there. I certainly understand the temptation of those who add as many “Friends” as possible so that one aggregates this audience that awaits your next message in a clearly visible bottle. I’ll confess to promoting my various local theater projects on FB, and then using it as a device to gently chide those who haven’t yet attended. But I find that my own e-mail mailing lists are still the most effective tool I have for building audiences to see my work.

So I’m left dubious about the actual power of Facebook. We hear about how it becomes a reporting platform during such things as the Arab Spring and a place for folks to instantly go public with revealing videos of police shootings… as well as footage of cats playing the piano.

And there lies at least one of the rubs: Facebook creates what appears to be a window into the day-to-day happenings in our world; a newscast where anyone can file a report. But included are hours, literally, of visual and written effluvia that would never pass muster on, say, a local TV newscast emanating from DeKalb, Illinois. Put another way, it’s exciting for you that you hooked up with your cousins at the Jimmy Buffett restaurant in Myrtle Beach but you may be overestimating my interest in that event. Yet, in simply opening up FB I find myself face to face with your selfie of a group of people drinking something out of a plastic pineapple.

A second bump for me in what we might call the Facebook experience is this business of having and keeping “Friends.” Judge as ye will, I have less than 100 FB friends. I just “Friend” people I know, although names from your past will suddenly appear and like me… you’ll resist reconnecting. At the beginning of the year I unfriended a half dozen folks who had become insufferable with their “jokes” about bombing certain places and their dissing of employees at McDonald’s. There’s plenty of ugliness and ignorance out there; I don’t need to have it pulled together on a site cheap patek philippe watches uk and presented to me with my morning coffee.

Which conversely gets us to the Achilles Heel of Facebook: Preaching to the converted. At this point, it’s pretty clear that one of our candidates for President of the United States is a worrisome mental case completely lacking in taste and simple decency. Having personally assembled my group of FB “Friends” one at a time, that group should all have it by now that we’re against this person winning the election. And yet the hammering continues to where, on my own FB window at least, there’s something negative about Trump every three postings. If this dialogue on Facebook were actual dialogue at a dinner party, that would be a pretty boring dinner.

Except… I’m guilty of contributing to all that. When the sad puppet theater of the Republican debates began, I made the possibly pompous suggestion to my FB Friends that the best thing we could do would be to not talk about the Republicans. Then one of the candidates became rather frightening by the dint of his seeming popularity. Now I felt I was almost obligated to keep up the drum beat to be certain we were not ignoring the 500-pound racist and xenophobic ape in the room.

Just as there is a significant difference between any old joke and wit, so is there a significant difference between building consensus and simply allowing everyone the chance to gnash their teeth. On alleged “panel discussions” on cable news channels, the pundits keep attempting to align Trump’s spoiled baby behaviors to “the political process.” There is no such alignment. Meanwhile, Facebook postings keep harping on the Republican candidate’s sewage problems as though no one else is aware there’s a broken pipe. To have us all talking down to ourselves over and over is to be wasting a lot of pricey server maintenance and I think digging a hole no one needs.

What the next generation of Facebook needs is some feature that voluntarily allows dissenting thoughts to find your posts; something more universal than just allowing comments. We already get online advertising that comes to us without our consent simply from having looked something up (binoculars, lawn mowers) online. How dynamic would the Internet be if Trump’s chief apologist and master used car salesman Paul Manafort instantly bounced back on one of my postings? What about a feature where someone posts a declarative statement about immigration and within seconds a list appears of recommended books to read on the subject? Of course, to make time to read those books, one would have to give up some of the hours devoted to Facebook…. where you can just go ahead and say whatever you like without having done your homework.