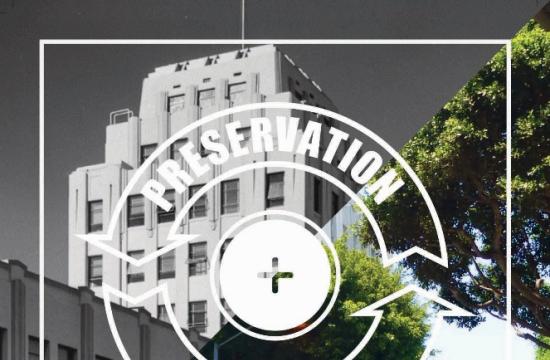 The City of Santa Monica will host Preservation + Change, a community event and workshop about preserving Downtown’s past while preparing for its future. The event will dive into how we maintain Downtown Santa Monica’s unique character and options for the scale of new buildings, types of uses, and how these contribute to the Downtown neighborhood.

The Saturday event will include breakout workshops and a panel discussion with:

President, Central City Development Group. Hamid has served three Mayoral Administrations for the City of Los Angeles, where he earned the title “Czar” of Adaptive Reuse Projects for the city.

Real estate investor. Dan is a private real estate investor who alternates between private and public-sector service, having served as Director of Real Estate for the State of California and City of Los Angeles, and as a Senior Deputy for Economic Development with L.A. County.

This event will look at how the City plans to preserve Downtown’s character and sense of history, while also considering how new uses, experiences, and buildings can be woven into the community’s cultural, economic, and entertainment center.

This is the second of three community events for the final phase of preparation of the Downtown Community Plan. The final plan is scheduled for release in spring 2017. For those who can’t attend, comments can be shared at downtonwsmplan.org A schedule of focus groups and an online survey tool will be released later this month for further community participation.

To RSVP for Preservation + Change, visit the event webpage

To learn more about the Downtown Community Plan, visit downtownsmplan.org