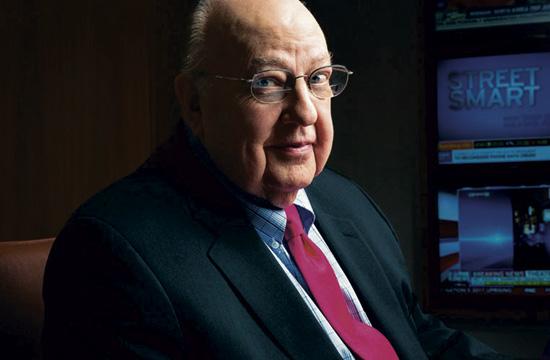 When Fox News Chairman and CEO Roger Ailes resigned last month, his decision came after a retaliation and sexual harassment and discrimination lawsuit was filed by longtime anchor Gretchen Carlson. Her claim alone wasn’t enough to budge Ailes from the network’s most powerful position.

Ailes’ departure happened after similar claims against the 76-year-old were made by a half dozen other women saying they also faced the same kinds of sexual harassment Carlson says happened to her.

Their stories, known as “me too” evidence, apparently pried one of the most powerful men in the media business from the top spot at a major network, which he held for 20 years.

Sexual harassment claims frequently hinge on sworn statements from other victims for one simple reason – harassment most often happens behind closed doors, where there aren’t any witnesses. That presents a “he said, she said”scenario that’s difficult to prove in court.

In a statement, Ailes’ attorneys said Carlson’s allegations are false, as are the other women’s claims, which stretch back to the 1960s.

Although 50 years separate Carlson’s allegation from one of the earliest “me too” claims, rather than undermining Carlson’s argument, the time span, in theory, can actually lend credence by demonstrating a longstanding pattern of sexual harassment.

As in any case, the more witnesses who can confirm your allegations, the better. Because of the secretive nature of sexual harassment, there are generally only two ways for victims to substantiate their claims: to document what happened in writing, and to see if it has happened to anyone else.

Witness declarations saying the same thing happened with the same person can be just as damning to the defendant, even though the witness didn’t see the specific conduct the complainant experienced. “Me too” witness testimony is especially strong if it shows a pattern and practice of bad behavior.

Failure to consider “me too” evidence in 2009 resulted in a lower court’s summary decision being reversed by the California Court of Appeal in the case of Johnson v. United Cerebral Palsy Spastic Children Foundation of Los Angeles and Ventura Counties.

In that case, an employee was told she was being fired for poor job performance. This happened the day she returned to work, with her doctor’s permission, following a medically troubled pregnancy. She stated that she’d never been told her performance was lacking.

Other former employees came forward with “me too” declarations, saying they also were fired by the same supervisor after they became pregnant, that they knew someone else fired for being pregnant, or they resigned because the supervisor made the workplace hostile after they told her they were trying to become pregnant.

While United Cerebral Palsy presented a legitimate reason for firing the employee – asserting she falsified her timecard – the lower court should also have considered the considerable amount of “me too” testimony as admissible evidence of discrimination and “a triable issue of material fact regarding the true reason she was fired.

Employees have an expectation to be allowed to do their jobs without being harassed or discriminated against by their supervisors. Even so, there were 26,396 charges of workplace sexual discrimination investigated by the federal Equal Employment Opportunity Commission in 2015.

Employers should pay attention to the Ailes case because it has a few lessons that can be learned.

It’s always wise to have sound policies and procedures in place to ensure that complaints are thoroughly and objectively investigated. Encourage people to come forward without fear of retaliation, so you can protect yourself from these things happening in the future and you maintain a healthy work environment for employees.

Take remedial and substantial corrective action promptly. If a business has multiple complaints about the same person, it better be pretty leery about keeping that person around.

That’s also how you can limit the damage done to all sides. If everything he’s being accused of is true, Ailes is a total disaster for Fox because the problem could have been nipped in the bud years ago.

Zachary Cantor is principal attorney of Cantor Law in Santa Monica and Santa Barbara: info@cantorlawyers.com or 213.674.0325.