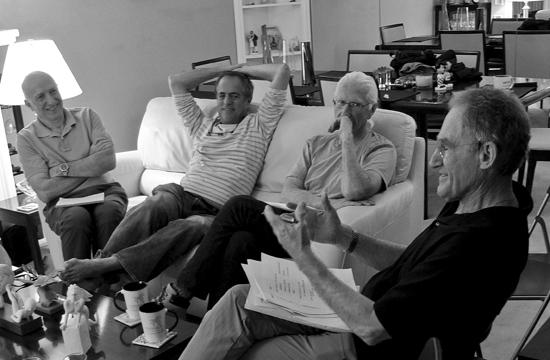 Both our country and city are at crossroads. Both are also facing similar challenges. Locally, our Santa Monica environment is changing rapidly before our eyes. As we approach elections, we are spending a considerable amount of time considering divergent points of view. During this time, I invariably come back to a basic thesis – allowing for growth without compromising quality of life. In this regard, residents have always been the gatekeepers of our community when they’ve had a voice. Unfortunately, this can no longer be taken for granted. If we want to be heard, it’s time for us to raise our voices to protect our sense of place, our pride, our community and our environment. But as economic pressures for more development and gentrification take place, how do we maintain balance between protecting our neighborhoods and quality of life while also allowing for necessary growth?

We need to confront the challenge of building bridges, of coalition politics, of civic participation with groups that are multi-dimensional in their spirit and approach. In Santa Monica, our challenge is a problem of integration – not racially or ethnically, but of tourism and economics while maintaining social equality for residents. In a system of free enterprise, private land ownership is often at odds with the common good. To avoid future conflicts we must address basic questions – how much growth can we accommodate per year? What are various ways to plan for that growth? Is that growth sustainable vis a vis available resources and infrastructure? If we don’t answer these questions now, one day we may find out we’ve paved ourselves into a corner where it is no longer possible to address them.

In Santa Monica, and nationally, we seem to have lost our moral compass. Problems of declining industry, jobs, and wages in the 20th century have shifted our economic focus to outside sources of revenue – tourism and major developments funded by syndication and pension funds. We’ve shifted from quality housing projects to an overbuilt environment created for tourists. Last year alone, tourism in Santa Monica increased 15 percent to 8.4 million visitors a year. How much can a city of 8.3 square miles and 94,000 residents absorb before choking on excessive tourism and rampant development that accompanies it?

As local government leaders focus on tourism and bloated commercial development, basic social and environmental issues remain unsolved. Yes, we’re in a democracy of elected leaders, but are our priorities of quality of life compatible with their overriding focus on City revenue? Can public elections make a difference if the process is compromised by putting economics over social needs? At a national level, the minute you’re elected, you need to start running again. At a local level, we’re not much different – money rules!

With the expansion of residential development in our downtown, we need to be cautious. Recently-approved housing is primarily for transitory singles, rather than families who will become our future residents. This has led to smaller living spaces, higher rents and fewer affordable family dwellings. The result is more gentrification and less economic diversity. Increasing financialization of society has led us to see housing as an investment instead of a place of shelter and livability, with an emphasis on open space where people can meet and children can play – low-rise environments filled with sunlight and welcoming, rather than huge edifices with no light or connection to the street.

Architecture is about more than aesthetic values, it also has a large political, economic, and social component. Architects sometimes become too focused on aesthetics to the detriment of social context. We can still have a mosaic of aesthetics and styles, but primary focus must always remain on the public sphere – social and public spaces. Given the sensory deprivation in our digital world, we need social ecosystems at a human scale, not generic architecture that diminishes it.

Can Santa Monica have growth while retaining our beachfront environment? Absolutely! New two and three-story development and adaptive re-use can flourish in our predominantly one and two-story city. We don’t need to trade our beachfront community for an “out-of-state” or “off-shore” dictate. We must have developers and their architects willing to see the broader picture. We must have elected leaders who are more than politicians to tame and guide the “economic development faction.” Finally, we must have a community willing to stand up and be heard, and even yell when necessary!

In the days and weeks leading to a November election, we desperately need to ask ourselves what type of city do we need and want and how can we achieve that goal. If residents don’t take the lead, there are others, with their own agendas, who would be happy to buy their way into our hearts and our City. Instead of a corporate/tourist based Santa Monica, we need a community/resident based Santa Monica.