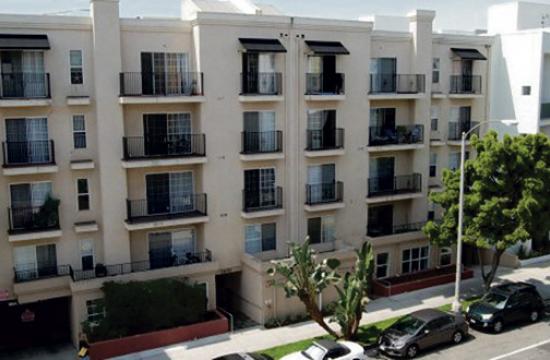 The 2016 Santa Monicans for Renters’ Rights (SMRR) Convention felt, from a tech point of view, as a step into the past. One shared microphone at the front of the room, a combination of hand voting and paper ballots collected in boxes and counted in another room.

But the 200+ SMRR members who gathered in the cafeteria of Santa Monica’s John Adams Middle School on July 31 didn’t seem to mind. They were greeting old friends, talking about local news of the day and choosing the City Council, Rent Control Board, School Board and College Board candidates to receive SMRR endorsements.

The SMRR endorsement has historically been almost a requirement for winning elected office in Santa Monica. According to the SMRR website, from 1979 (the first election after the formation of SMRR) through 2,000 SMRR endorsed candidates included 17 members of Council, with many serving multiple terms. SMRR endorsed candidates won every seat on the Rent Control Board and eleven of twelve Mayors were SMRR members.

On tables at the side of the cafeteria were signs of the preparation that went into the meeting: candidate interview questionnaires, candidate statements and the “Agenda/Rules of the Day.”

The meeting began with hand vote items. The Santa Monica College Bond, the City of Santa Monica Transaction Tax, the Advisory Measure for Affordable Housing and Schools, the Oaks Initiative Revision and the Land Use Voter Empowerment Initiative (LUVE.)

The SMRR Steering Committee recommended a yes vote on the Bond, the Transaction Tax, the Advisory Measure and the Oaks Initiative. All passed easily.

The LUVE initiative is sponsored by Residocracy – a group formed to oppose the Council approval of the Hines project.

Speaking for the Initiative was Armen Melkonians, a Residocracy founder. Not a SMRR insider, Melkonians recently joined. Melkonians told the audience that the LUVE Initiative “gives residents control to say no because our Council does not have the ability to say no. It gives the vote on development to the citizens. LUVE is the response to the threat of extreme overdevelopment of the City.”

Melkonians urged a yes vote on the LUVE Initiative. He returned to the microphone later in the meeting to ask for the endorsement of SMRR for his City Council campaign.

Denny Zane, who along with Patricia Hoffman is a SMRR Co-Chair, then introduced a substitute motion per the SMRR Steering Committee recommendation of “Non-Support” for the LUVE Initiative.

Speakers for the substitute motion included Santa Monica City Councilmember Kevin McKeown who told the audience that SMRR is for slow growth, and the artist Bruria Finkel who said “when SMRR started power, the City was in the hands of bank and real estate companies. Now,” she said, “we have democracy.”

Speaking against the substitute motion was Richard Hilton, a long time SMRR member and immediate past Chair of the City Housing Commission. Hilton advised the audience that the LUVE Initiative “does not restrict affordable housing and for the 1st time establishes income limits for moderate income housing.”

By a hand vote of 109 to 60, the Substitute Motion passed precluding a vote on the LUVE Initiative.

Santa Monica City Councilmember Terry O’Day, later labeled the substitute motion a “motion of no relevance – neither for nor against.”

Four seats on the seven-seat city council are on the ballot. Santa Monica City Mayor Tony Vazquez and Councilmembers Ted Winterer, Gleam Davis and Terry O’Day are up for re-election and were again seeking SMRR endorsement. All candidates had two minutes to speak.

Winterer spoke first, “the SMRR platform is my platform.” He spoke about the work of the Council to establish a minimum wage and to support solar power. Davis and O’Day also spoke to the work of the Council and disputed the points made by Melkonians. Vazquez talked about his “history of service to the City and how he always listens.”

Kennedy said, “I do the work for a supportive and inclusive Santa Monica.” She received SMRR endorsement in her previous bid for Council and was asking for it again this year.

Melkonians used his two minutes to remind the audience that Residocracy, “stood up against the Council to successfully oppose the Hines development proposal.”

Paper ballots were distributed. As the 198 voting members present put their marked ballot into a cardboard box they received a sea-star stamp on their hand. The boxes were then taken into a separate room to be counted.

While the counting was going forward there was a motion to take the Rent Control candidate vote out of order. The motion was accepted. There are two open seats and two candidates for the Board, Anastasia Foster and Caroline Torosis. Each candidate spoke to her support for tenants and for fairness on the Board.  By a hand vote Foster and Torosis received the endorsement of SMRR.

School and College Board candidates were also heard. The Convention endorsed Maria Leon-Vazquez, Ralph Mechur and Jon Kean for School Board, and Rob Rader, Margaret Quinones-Perez and Susan Aminoff for the College Board.

The meeting then returned its attention to the Council endorsements. Candidates received updates on the voting on their mobile phones prior to the announcement of the vote by the Co-Chairs. To win a candidate needs 55 percent of the 198 votes cast.

Only these three get the required 55 percent of the vote. Terry O’Day (90) Jennifer Kennedy (85) and Armen Melkonians (50) would be in a run off.

By the time of the second ballot some people had already left. This time 170 people voted. O’Day received 86 votes, Kennedy 62 and Melkonians 22.

None of the three had enough votes for an endorsement. Melkonians had fewer than 20 percent of the vote so would not be included in a potential third ballot.

Now with 158 members marking ballots, O’Day received 80 and Kennedy 78. Neither had the 55 percent needed for the endorsement.

Speaking after the Convention Hoffman said she “was speaking against the motion and was confused by the booing. I thought it was rude,” she said.

“I hadn’t understood that people thought I meant they should go around the process and choose Jennifer. I was just trying to say how important Jennifer was to our ticket.” Clearly people in the audience didn’t see it her way.

Four hours after it had started the convention came to a close with Denny Zane leading the audience in singing “Amazing Grace.”