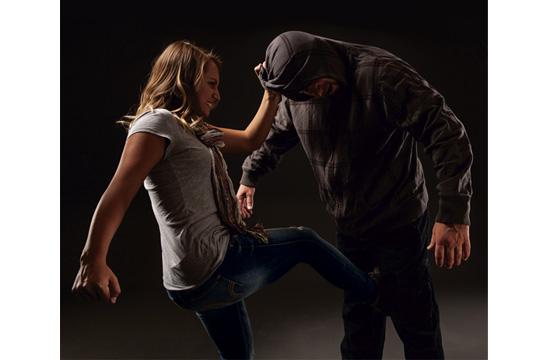 The young woman had just heard the devastating news. Her boyfriend broke up with her.  Sobbing, she left her dorm room to walk around. Out of the shadows stepped a dark figure, who dragged her behind a building, held her down and raped her.

“This is one of the major reasons why women are raped,” says Emil Farkas, co-author of the book “Fight Back,” which he researched by talking with convicted rapists. “Attackers look for women, who are unaware of their surroundings.”  This is particularly troublesome today with many women preoccupied with texting or talking on cell phones and not conscious of strangers who may be lurking next to them ready to pounce.

Tip #1: Always be aware of your surroundings: no walking and texting/talking.

Like the animal kingdom, attackers prey on the weak. “Rapists size up their victims and select those who appear the least likely to resist,” continues Farkas, who recommends that women learn to walk confidently. Owner of the Beverly Hills Karate Academy, Farkas worked as a bodyguard for five years, where he learned to walk with an item in his hand, which he could use against an attacker. He once foiled an attack with a rolled up magazine that he jammed into a man’s groin.

Tip #2: Walk confidently with an item that can easily be used a weapon.

The body has vulnerable areas that are great targets for women. “The best targets are the eyes and nose,” says Farkas. “Two fingers to the eyes causes the attacker to let go of the victim and put their hands to their face.” This gives the victim a chance to run. Other techniques include a knee to the groin, a kick to the knee and a stomp on the toes.

Tip #3: Know the vulnerable parts of the body.

Another way to get away from an attacker is screaming, which requires practice. “Women have tried to scream and nothing comes out,” comments Farkas, who teaches a technique of forming a word, such as “no” or “back off,” yelled into an attacker’s face. “Attackers who hear screaming or yelling will want to find an easier victim.”

Finally, Farkas recommends that women always stay in groups. Double date in public places until the woman knows the man well. Don’t accompany men, no matter how nice they may seem, to secluded places.

Tip #5: Stay in pairs, make a pact with a friend and don’t leave each other.

Farkas will be teaching a two-hour class for graduating seniors heading to college on Sunday, August 14th from 3 to 5 p.m. at the Beverly Hills Karate Academy (on Santa Monica Blvd at Doheny). For more information:  BALewis@aol.com or 818.784.9888