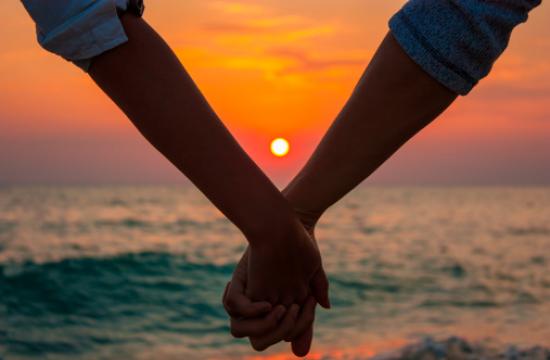 With summer winding down and life getting back to normal, date nights are back on weekly agendas. Here are some great local suggestions to add spark to your evening or day.

No first date should be without this elaborate, electric, historic Santa Monica landmark. Smell the cotton candy. Take a ride on the carousel, glittering in the night, with mirrors to look at yourself, or to your date. Make faces, Ffeel the wind in your hair. The Ferris Wheel is probably the feature that stands out most prominently at the Pier. Colored lights take you up and down. And if your date is made of stout stuff, and not afraid of heights, this might be one of the sweetest places to cop a kiss anywhere on the Westside. For more information on what else can be found at the pier, head to: santamonicapier.org

Not far away from The Pier is the celebrated Venice Boardwalk. If you have a date at a time of day when the sun is shining, this is the best place to go. There aren’t a lot of colored lights, but there is a chainsaw juggler, something you’re not liable to find in a restaurant on the Westside, no matter how trendy. The smells here are not so fine, but street vendors, unicyclists and hippy types abound. Go out toward the ocean, where the beach meets the water meets the sand and watch the surfers. Some of them are downright amazing. Dial into venicebeach.com for more information.

“It’s cool, it’s hip, and it stinks! It’s The Stinking Rose, L.A.’s exciting tribute to garlic gastronomy and the latest dining and entertainment attraction to rival any Tinseltown extravaganza,” claims the restaurant’s website at thestinkingrose.com. Dial up the restaurant at 310.652.7673, and you’ll be greeted by a voice doing a half-decent imitation of Bella Lugosi as the vampire Dracula, inviting you to the garlic-infused cuisine, including their signature garlic steaks. Be of good cheer, you of tender taste buds: you can get these California-Italian cuisine favorites with as much or as little garlic as you want. Oh. And people think it’s a romantic place. Head to 55 North La Cienega Boulevard, in Beverly Hills. There are 3071 reviews on yelp – most of them giving the place four or five stars.

It’s a National Historical Landmark where you can buy a drink. There’s nothing more romantic than the Culver Hotel in Culver City. Built in 1924 by the founder of Culver City, Harry Culver, the hotel became a mecca for stars and star wannabes during the heyday of Hollywood. The flatiron shaped building is next door to the historic Culver Studios and a few blocks from the legendary Metro Goldwyn Mayer Studios, now Sony Pictures. The Culver Hotel has appeared in a wide array of films and television programs throughout its history, including the Our Gang short “Honkey Donkey,” “The Wonder Years,” “Party of Five,” “7th Heaven,” “Last Action Hero,” and “Touch.” “The hotel was the home to the real life munchkins while they were filming the Wizard of Oz at the now Sony Studio Lot,” says a listing on Yelp. Legend has it that when Charlie Chaplin owned the hotel, he lost a game of five card stud to no other than John Wayne. The Culver Hotel is located at 9400 Culver Boulevard. Phone them up at 310.558.9400.

Remember the 1980’s film classic “Pretty Woman?” It was filmed in and around West Los Angeles, but a pivotal scene in the fairytale romance about a gorgeous prostitute who meets, what else, a millionaire (Richard Geere), takes place at a Boulmiche boutique at 321 North Beverly Drive, in what is really Beverly Hills, where Roberts’ character extracts revenge on the boutique staff who have snubbed her, because they don’t think she can afford to shop there. Her character spends a bajillion dollars at another shop and returns to snub the staff. The movie goes to great effort to hide the name of said boutique, but it’s really the Boulemiche, just around the corner of famed Rodeo Drive in Beverly Hills. Alas, the boutique has moved to another location, while a new boutique, Nespresso, seller of high-end espresso machines and related paraphernalia, has moved in. But hey, you’re on Rodeo Drive, and you can take in the sights, and maybe you can also shell out a bajillion dollars at one or more of the trendy shops that line the Boulevard. Maybe, like the characters in the film, you can find true love here.