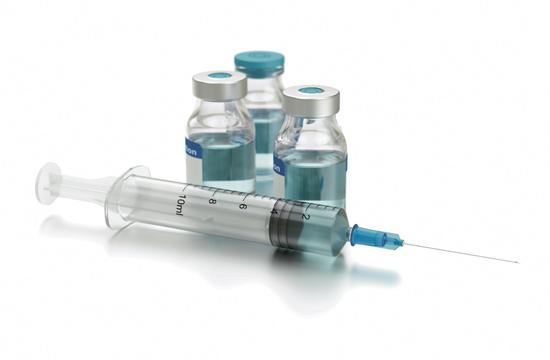 As schools begin opening around California, the state’s new vaccinate-or-stay-out-of-school policy ought to be taking effect at last, more than 18 months after the December 2014 measles outbreak at Disneyland that propelled it.

Under the new law, all students entering kindergarten this fall must have had two measles shots, a mumps and rubella (MMP) vaccination, their final doses of polio vaccine and a diphtheria, tetanus and pertussis (whooping cough) injection.

Parents who don’t want to provide these for their kids can home school their children, but unvaccinated kids who may be carrying any of those once-dreaded diseases are no longer welcome in kindergarten. That’s because unless 94 to 96 percent of children in any group of 100 are vaccinated, there can be no guarantee against disease outbreaks.

The most recent California example of what non-vaccination can bring came in Nevada County last March, when many students at the Yuba River Charter School were kept out of classes more than a week after an unvaccinated child was diagnosed with measles. Health officials said the child was infectious while attending school. Classes were shut down because only about 43 percent of kindergarten pupils entering the school in fall 2015 had up-to-date vaccinations and an epidemic could have resulted.

Many of the other 57 percent in those classrooms were exempted because of a “personal belief” provision written into previous state law, allowing parents to claim vaccinations ran counter to their religious beliefs. The new law, known as SB 277, allows exemptions only for children medically unable to receive vaccines, with parents required to produce a doctor’s note before getting that exemption.

Unvaccinated students admitted to kindergarten in previous years will continue in school, however. When they reach 7th grade, their parents will have to provide written evidence of vaccination.

But foes of vaccination, who have long insisted vaccines backfire and lead both to adverse reactions and more disease, are not giving up their fight against the law. Their first move was trying to qualify a referendum for this fall’s ballot aiming to overturn SB 277. They got far too few signatures to qualify it for a vote.

So they’ve turned to a Superior Court judge in San Diego County, seeking an injunction to suspend the law until higher courts can rule on its constitutionality.

That move has also not yet succeeded. But an initiative proposed for the November 2018 ballot aiming to overturn SB 277 remains alive, with a September 26 deadline for gathering signatures.

Amid all this, there are no credible denials of research showing that no more than 86 percent of those at Disneyland had been vaccinated before the day many were exposed to measles. The actual rate may have been as low as 50 percent, according to the Journal of the American Medical Association. Because the scientifically accepted vaccination level for so-called “herd immunity” is at least 94 percent, there was ample opportunity for infection and 145 cases were recorded among those at the theme park and others who came in contact with them later.

“This is what happens when parents opt out of vaccinations, as roughly half the cases occurred in children who were not vaccinated but were eligible to receive the shots,” wrote Lila Abassi, MD, director of medicine for the American Council on Science and Health.

Because some who have been vaccinated can still contract measles when exposure is strong and direct, as they did at Disneyland, most physicians consider “herd immunity” vital to disease prevention.

Said Democratic state Sen. Richard Pan, SB 277 author and the Legislature’s only practicing pediatrician, “It is unfortunate there are still people who perpetuate misinformation about the safety and efficacy of vaccines and minimize the dangers of vaccine-preventable diseases that disabled and killed millions annually before vaccines were available.”

The safety of vaccines has been proven in myriad studies, and their efficacy is clear from the small incidence of diseases like rubella and polio since vaccines for them were deployed.

But that doesn’t quiet nay-sayers any more than photos from space deflated flat-earth advocates who still hold occasional conventions. What’s important is that parents understand that regardless of their personal preferences, they don’t have the right to expose the children of others to potentially deadly ailments.