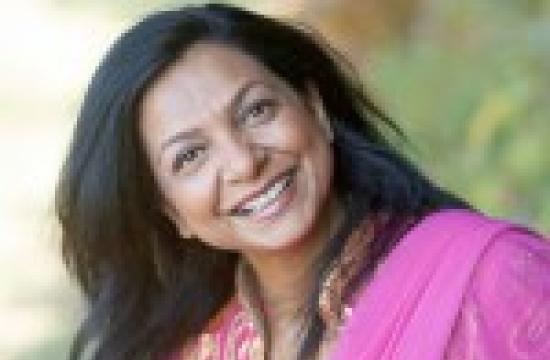 In this interactive salon, four remarkable women will share their struggles and strengths, calling us to a new awareness of why Americans must say no to the politics of fear.

Jewish and Muslim women are inviting everyone to join them Sunday for dialogue: "A Community Forum to Make Our Voices Heard: A Response to Hate and Bigotry in our Times"

They will share their struggles and strengths and call us to a new awareness of why Americans must say no to the politics of fear and hate."

Ferial Masry was born in Mecca, Saudi Arabia. In a spectacular 2004 write-in campaign, unprecedented in California, Masry garnered local, national and international attention for her outstanding achievement and her unique background. The mother of a U.S. soldier who served in Iraq, she has been an inspiration to people from all backgrounds as she pursues public  oﬃce

in California. Ferial Masry is an educator, an author, producer, and public  speaker.

Soraya Deen, MA, is the Founder of the Muslim Women Speakers Movement. She is a lawyer and a sought after inspirational speaker. She is a member of the world famous motivational speaker Les Browns Platinum Group of Speakers. She is a Social and Spiritual Activist and has shared the stage with renowned motivational speakers and transformational leaders. She is the author of PEACE MATTTERS: Raising Peace Conscious Children. She travels widely empowering individuals and corporations to promote connection through Compassionate   Communication.

Philippa Sklaar is an author, survivor of abuse, speaker and advocate. She was born and raised in South Africa during Apartheid. Her father, the mayor of Johannesburg fought to eliminate racism in the mayoral chamber and as a result she was introduced to fighting injustice from a very young age. As a Jewish woman, she likens the bigotry and hate experienced by American Muslims similar to Apartheid. “Women have incredible power to change situations when they collaborate.” She is the author of Hot Cuisine, and her clients have included Nelson Mandela and Elizabeth Taylor. She also co-wrote, When Loving Him Hurts and The Aﬀair.

Crystal Keshawarz is a writer, poet, speaker, and activist based in Southern California. As a writer, she has produced work which has brought the likes of Mayor Garcetti to tears. As a poet, she has performed before foreign dignitaries and LA city oﬃcials. As a human rights activist she speaks truth to power, standing for those who cannot stand, and using her voice to advocate for those who have been silenced. She is currently Director of Communications for Muslims for Progressive Values, a Los Angeles based grassroots human rights organization with consultative status at the United  Nations.

For more information head to: www.sorayadeen.com.