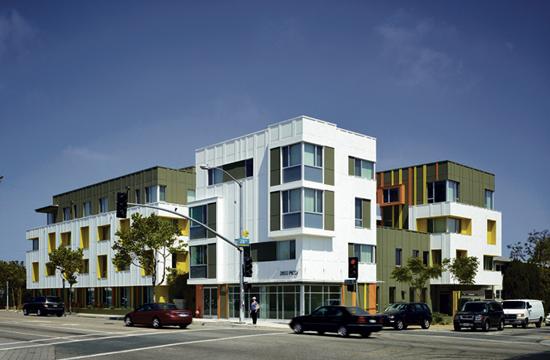 The California State Assembly passed two affordable housing bills Wednesday authored by Assembly member Richard Bloom, which will help remove barriers to the creation of affordable housing.These two bills, AB 2501 and AB 2299, were both passed with bipartisan support and are backed by abroad coalition of social justice and housing organizations“ California is facing a housing crisis that is only intensifying,” said Assembly member Bloom.

“AB2501 and AB 2299 target barriers that have discouraged the creation of affordable housing.”AB 2501, which passed on a 34-3 vote, clarifies state Density Bonus law to facilitate the construction of affordable housing units. California’s DensityBonus Law was developed to provide incentives to housing developers who agree to make a certain percentage of the units in their developments affordable to low and moderate-income households.

Accessory dwelling units (ADUs), also known as second units or “granny flats” are a creative affordable housing option often used by college students, elderly parents,or disabled individuals who need to live close to their families. Unfortunately, individuals who want to build these units are often caught in a web of cost-prohibitive local regulations that discourage the construction of ADUs. AB 2299 will ease and streamline current statewide regulations for ADUs by permitting local governments to adopt ADU ordinances and by adding specifications for what is required of those ordinances. These specifications include prohibiting the need for a passageway, increasing the permissible size of the units, and eliminating some parking requirements.“These bills make meaningful steps towards addressing California’s growing housing crisis and providing critically needed units affordable to the lowest income Californians,” said Anya Lawler of the Western Center on Law and Poverty, which sponsored AB 2501 and supported AB 2299. “We thank the Assembly member for his leadership and dedication on these issues and look forward to continuing this effort in the coming years.”“California’s affordable housing crisis is a complex problem that demands creative solutions,” said Assembly member Bloom. “AB 2501 and AB 2299will reduce the barriers to, and the costs of, construct-ing affordable housing. These measures help chip away at the problem.”