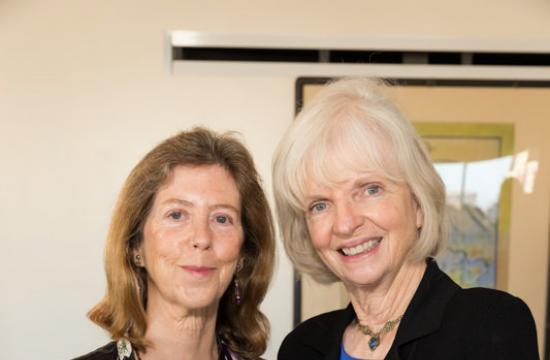 Santa Monica City Attorney Marsha Moutrie publically announced that she will be retiring at the end of the year.

“Santa Monica is an incredible place and my 22 action-packed years as City Attorney have flown by.  My husband has been retired for three years and on January 3rd, I’ll turn 70. We want to see more of the world, together, while we can still explore on foot. My dear mother is very elderly and bedridden. She needs more company to brighten her remaining days,” shared Moutrie. “Of course, it’s hard to part. My clients, co-workers and this wonderfully engaged community will always have a special place in my heart.”

Moutrie was appointed to her position in December of 1993.  Under the City Charter, she is responsible for advising the Council and other City officers and representing the City and its employees in all civil matters. She attends meetings of the City Council and local bodies, approving the form of contracts, drafting ordinances and resolutions, prosecuting misdemeanors and otherwise enforcing local laws. She also appoints the deputy attorneys and support staff needed to fulfill these responsibilities.

This large body of work is handled by the office’s 42 members, comprised of 24 full-time attorneys and 18 support staffers.  Each year, their work includes thousands of criminal cases and hundreds of complaints from consumers, tenants and code enforcement personnel.  They defend the City and its workers in an average of about 200 civil matters in the state and federal trial and appellate courts.  The cases range in complexity from straight forward trip and fall claims to civil rights and employment claims to complex constitutional challenges to City laws and policies.  They also prepare or review thousands of contracts, leases and licenses, draft dozens of ordinances, provide advice at countless public and staff meetings, provide training to various groups and constantly monitor public process and transparency issues and conflict issues.

“For over two decades, our City has been extremely fortunate to have Marsha leading our legal work. The combination of her deep knowledge of the law, commitment to our complex community and her savvy leadership, has helped shape the vibrant, innovative and diverse city we have today,” said Mayor Tony Vazquez. “We have all benefitted from her absolute dedication to the public process. She will be missed.”

As with other areas of the City’s work, the City’s legal work often includes unique issues and challenges.  “I am proud of the work the office has done over the years to promote community welfare by effectuating Council’s laws and policies, including those relating to housing, tenants’ rights, homelessness, consumer protection, and land use, among others,” said Moutrie.  “Like the City as a whole, the office takes on big

million from the major oil companies and other polluters. We did the legal work to defeat a state take back of about $200 million in redevelopment funds, preserving it for meeting local needs. We drafted and defended laws that promote affordable housing and ensure shared use of our treasured public space, and those laws were adopted as models by other cities. These are just a few examples of how this team has earned its state- wide reputation of outstanding legal work.”

Some of the most notable accomplishments of the City Attorney’s Office since 1994 include:

Litigated against major oil companies who polluted City wells with MTBE; advanced legislation that caused statewide, and later national, phase out of MTBE; recovered $275 million from all major oil companies; later recovered and additional $108 million for PCP/TCE contamination of groundwater by Boeing and Gillette/Proctor and Gamble. The City Attorney’s Office received the ABA State and Local Government Achievement Award, recognizing best public law office in the country for this work. (City of Santa Monica v. Shell)

 Only city attorney’s office in the country to challenge deceptive practices in the bullion/gold sales industry; recovered $10 million for victims.

 Drafted and successfully defended a law regulating events in public spaces for the purpose of ensuring reasonable, shared use; it was challenged on First Amendment grounds, upheld in federal court and became a model for other cities. (Santa Monica Food Not Bombs v. City of Santa Monica)

 Recovered a total of $2.5 million for consumers in four recent cases challenging unfair billing and other unfair practices of businesses selling goods and services within the City.

 Protected the beach/ocean, public health and the environment by drafting and publicizing laws against smoking and use of reusable plastic bags.

Protected local quality of life in residential neighborhoods by prosecuting clubs that fail to observe noise limitations and other local regulations.

 Drafted, successfully defended and enforced laws that address impacts of homelessness (Doucette v. City of Santa Monica).  Helped establish and operate Homeless Court as a diversion program to help persons long homeless in the community to get off the streets; program has permanently housed 70 persons.

Worked to break the cycle of violence by prioritizing prosecution of domestic violence cases, prosecuting them vertically, and working closely with local serve providers to aid victims.

“Losing Marsha Moutrie, even into her well-earned retirement, which we knew was inevitable, is a challenging transition for our City,” said Councilmember Kevin McKeown. “I’m grateful we enjoyed her excellent leadership for so many years, and grateful she leaves us such a highly skilled and motivated staff of attorneys to continue handling our legal workload while we seek a replacement. We will find a new City Attorney, but never another Marsha Moutrie.”

The Council is expected to begin its search for a new City Attorney next week.