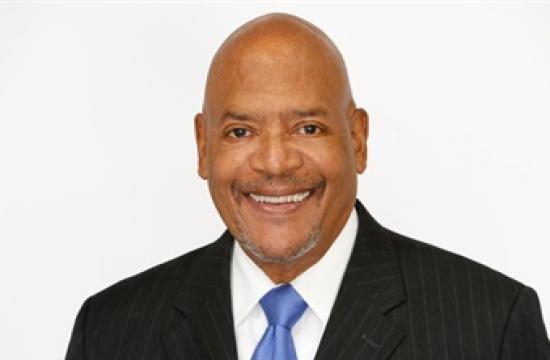 Former Santa Monica Director of Transportation John Catoe was inducted into the American Public Transportation Association’s (APTA) Hall of Fame during the trade industry’s annual conference on September 12. Catoe was one of five public transportation officials from around the country whose lifetime of service to the industry was recognized during a special ceremony at the JW Marriott.

Catoe served as Santa Monica’s Director of Transportation from 2000 to 2005.  During that time he expanded services by 40 percent and improved ridership by 36 percent. He implemented a branding campaign that officially transformed the Santa Monica Municipal Bus Lines into the iconic Santa Monica Big Blue Bus with its signature “periwinkle blue” paint scheme.  He also introduced a new fleet of clean CNG vehicles with bike racks.

Catoe began his career in transportation in 1979 in the Human Resources Department at Orange County Transportation Authority (OCTA).  It was there where Catoe developed a foundation of working with unions and employees at all levels, a skill which he credits as the hallmark of his success.

As OCTA’s Director of Transit Services, Catoe developed service policy and led service planning and development. This included the oversight of construction and the startup of the Metrolink commuter rail service in Orange County. Under Catoe’s leadership, OCTA reduced the transit division administrative staff by more than 20 percent without any reduction or degradation of service.

In 2007, Catoe returned to his hometown of Washington D.C. to become general manager for the Washington Metropolitan Area Transit Authority (WMATA), overseeing a $2 billion budget and more than ten thousand employees. During his tenure, he developed plans and secured funding for capital improvements to infrastructure, while reducing administrative costs.

Catoe was named APTA’s Outstanding Public Transportation Manager in 2009 after making national headlines for orchestrating and executing safe, efficient and reliable public transportation offerings to and from the 56th presidential inauguration events.

In 2010 Catoe retired from WMATA after 35 years of service in public transportation.  Upon his return to California, he opened a private consulting practice to aide transit agencies negotiate labor contracts, assess management staff and strengthen organizational structure.  He also assisted MV Transit in their contract operations and from 2014 – 2015, held the position of Senior Vice President of Business Management.