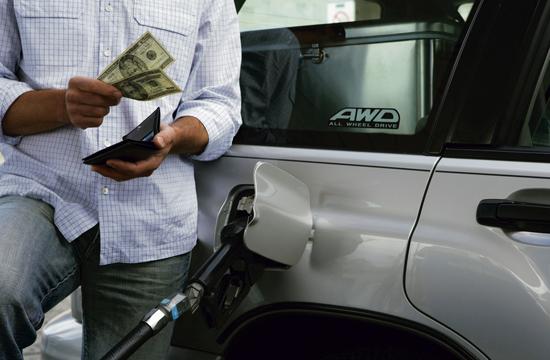 Memo to Loretta Sanchez and Kamala Harris,the two Democrats now vying for the U.S. Senate seat long held by retiring Sen. Barbara Boxer:Each of you could get a whole lot of traction and voter support by going after the apparent continuing practice of gasoline price gouging engaged in by California’s major oil refiners. You, especially,Ms. Harris, ought to know about this as you area allegedly investigating the suspected practice right now in your current function as state attorney general.

Meanwhile, neither Harris nor Sanchez has said much about hydraulic fracturing (fracking),price gouging or anything else oil companies might be doing since their contest narrowed to two per-sons after the June primary.It might be awkward for an organizationDemocrat like Harris to do this in light of a late-summer report from the Consumer Watch dog advocacy group which documented that, for example, Chevron Corp. donated $135,000 to the state Democratic Party the same day Democratic legislators exempted some critical fracking methods from SB4, a bill meant to regulate the oil- and gas-drilling practice.That same report showed Chevron gave$300,000 to the state party just two weeks beforeGov. Jerry Brown came out against a proposed severance tax on oil produced in California.

This is the only major oil-producing state without such a tax.So Harris, solidly supported by Brown and the state Democratic Party apparatus, might not want to say much about oil companies. But Sanchez,never an establishment politician, should feel no such compunctions.Meanwhile, motorists may not have been feel-ing as gouged lately as they did last winter, since late-summer gasoline prices dropped as low as $2.25 per gallon at some non-branded service stations, while the statewide average at the time was about $2.75. This didn’t mean the gouging that’s been apparent for years suddenly stopped.Lower crude oil prices have so curtailed refiner expenses that even with cheaper pump prices, their profits are near record levels.In late summer, for example, the Texas-base doil refiner Tesoro, which operates plants in Carson,Wilmington and Martinez that process almost 550,000 barrels of crude oil daily, reported profits of $332 million from its California operations, well above longstanding quarterly averages.

Tesoro makes 27 percent of California gasoline.Fellow Texas-based refiner Valero, mean-while, reported $141 million in California profits during the second quarter of this year, far more than double its average quarterly profit of $57 mil-lion since 2010. Tesoro and Valero are the only oil companies that break out California results from their overall financial reports.These huge profits can happen even with crude oil prices low because California refiners are charging a large margin above their wholesale costs. For instance, during the sum-mer, the wholesale price of gasoline, when sold from one refiner to another, was $1.17 per gallon.

This was 18 cents less than the whole-sale price in Chicago, for one example.Normally, pump prices in California – including all taxes and environmental costs – run about88 cents above the wholesale level. But drivers lately have paid $1.58 more, with almost all the difference– about 70 cents per gallon – going into the coffers of refiners, whose profits as a result are near peak levels.The refiners did all this with no peep of protest from politicians at any level.

The only outfit tracking their profits and sup-plies on a regular basis is Consumer Watchdog,which claims that “Supply and demand is completely out of whack.”In short, Court insists it’s no accident that drivers who see branded stations on the same street intersection will almost always note that prices at the various brands are identical. If one gasoline dealer charges $2.89 per gallon,almost always the competitor across the street asks the same.It’s because of price-fixing, the group says.

Agrees Tom Steyer, the billionaire investor andAmerica’s biggest donor to liberal political causes,“The gasoline market in California is definitely out of whack.” Steyer admits to mulling a run for governor in 2018 and has been featured in TV commercials from NextGen, an environmental group he founded. Meanwhile, the oil industry’s group, Western States Petroleum Assn., repeatedly insists that“market factors are the primary driver of fuel costs in California.”

Harris has said nothing about her investigation into the gouging claims. If she won’t discuss the subject before the November election, maybe Sanchez will.