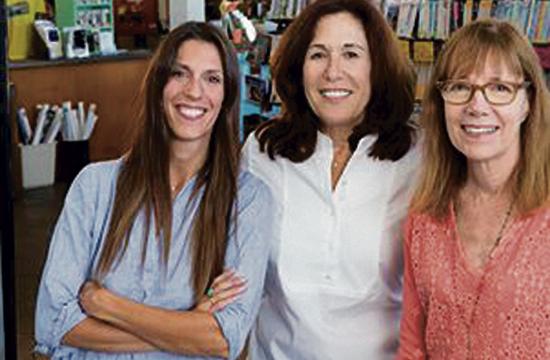 Readers of The Mirror and this column will know that I have supported all efforts to keep Vidiots video rentals on Pico in Santa Monica alive and well. It’s been a journey for Vidiots founders Patty Polinger and Cathy Tauber who opened “a video store with films that we would like to see” 31 years ago. Since then, Vidiots has been named “Best Video Store in L.A.” several times by publications like the L.A. Weekly and Los Angeles Magazine, and was recently featured in a story in the New York Times. It has a library of 50,000 rare titles, produces and promotes screenings and film-related events, and in 2014 became a fully non-profit organization dedicated to film and film culture… located in Santa Monica, where thousands of people employed by the movie industry make their home.

So how come it is often gasping for the oxygen to survive?

The easy answers would seem to come in the form of competition from Netflix and other movie rental monoliths, whether involving physical media ordered online or downloading. Polinger and Tauber state that even they were surprised when – after receiving some help from two “angels” who provided resources to keep the doors open two years ago – there was still an unexpected drop in the rate of DVD rentals going out the door at Vidiots.

Could we really have become so enamored with digital downloads and some level of “convenience” that a charming and intelligent one-of-a-kind video rental facility, peopled with smart and knowledgeable employees enthusiastic about movies, would be threatened by… what? Our insistence that all things in our lives be new and shiny? A sense that going to fetch DVD’s at a brick and mortar outlet is just too much work?

Okay, sure, you can get ice cubes just by pressing your glass to a fixture on the outside of your refrigerator. So must all of life’s interactions meet that same standard of ease? Are we going to give up on 4th of July fireworks because they require getting up off the sofa and going outside to look up at the sky?

Okay, I’ve expressed my personal fears. Now, let me simmer down as we look at Vidiot’s current situation.

They still need money to keep the doors open. But what they want to do is more fully realize their non-profit goals of expanding a neighborhood video rental facility into a full-fledged film culture organization. “We don’t just want to be this stagnant force of just being kept alive. That’s what we hope this campaign will allow us to do… and keep the doors open” says Polinger about a recently launched Vidiots Foundation Indiegogo campaign.

The Foundation seeks to “preserve the human experience of browsing, researching and selecting films in a community setting, and to protect over 50,000 films including rare, classic and independent films and to promote film through free events bringing together filmmakers and film lovers.” The Indiegogo effort hopes to raise $65,000, and got off to a good start with healthy donations on its very first day.

But, once again, the fate of Vidiots is in the hands of our community. At our house, we’ve tried to stay on board with sustaining memberships and the purchase of special rate packages that provide needed support. I’ve tried to keep Mirror readers in the loop over the years about Vidiots, since I dread the notion that Vidiots might disappear and then a great hue and cry would arise… when the time to act and support is now.

You can say this is advocacy journalism at its most obvious and possibly naïve; I’ll happily take that hit. There is a lot of need in the world and your support may more than rightly be focused elsewhere. But we live where film is born, and our city is seen as a location in thousands of movies. That Santa Monica would not have something like Vidiots would just be embarrassing. So, let’s have it be Vidiots. As Cathy Tauber has said, “People don’t realize that goodwill isn’t enough.” You are just going to have to walk over there and rent some movies this weekend.