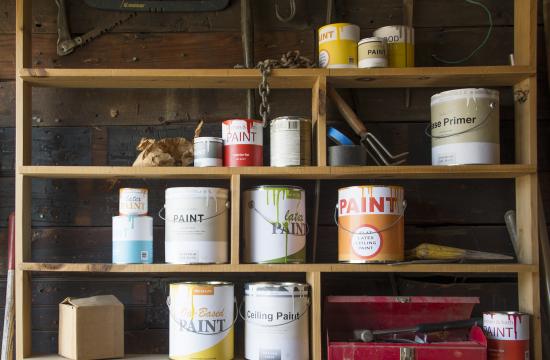 PaintCare, Inc. was one of four California companies to be honored by the California Product Stewardship Council (CPSC) during its 7th Annual Arrow Awards ceremony held on Aug. 9 at California Resource Recovery Association’s 40th annual conference and tradeshow at the DoubleTree hotel in Sacramento. PaintCare is the recipient of the 2016 Bow & Arrow Award for Service and Take Back.

According to a statement on the CPSC website: “This award will recognize a retail business, group of businesses, or chain that has initiated an outstanding Take Back program for one or more product as an additional convenience and service to their customers, and works with the producers of those products in developing safe storage and recovery of EOL (End of life) products and packages.” “We greatly appreciate the outstanding public education campaign promoting the paint recycling program and making it so much more convenient for Californians to drop off paint at 771 locations for recycling,” said Heidi Sanborn, Executive Director of CPSC. “This program is a model in supporting paint reuse and overall is working well in California.

We are delighted to thank PaintCare publicly for its great work!”

PaintCare California offers 771 drop-off sites for consumers to take old or leftover paint. All brands of unwanted house paint, stain and varnish that are labelled and in the original container, whether new or old, may be dropped off at PaintCare locations. Since its start in 2012, PaintCare California has collected and recycled more than 8 million gallons of paint products. PaintCare, Inc. is a Washington, D.C.-based nonprofit that develops and implements paint stewardship programs throughout the U.S. for the paint industry PaintCare also operates paint recycling programs in Oregon, Colorado, Connecticut, Maine, Minnesota, Rhode Island and Vermont – with the District of Columbia starting in September this year. (more) 2 About PaintCare Paint manufacturers created PaintCare, a non-profit stewardship organization to run recycling programs in states as they pass paint stewardship laws. Through PaintCare, the paint industry sets up drop-off locations for unused paint, arranges for recycling and proper disposal of the paint, and conducts outreach about proper paint management. For additional information, visit paintcare.org.