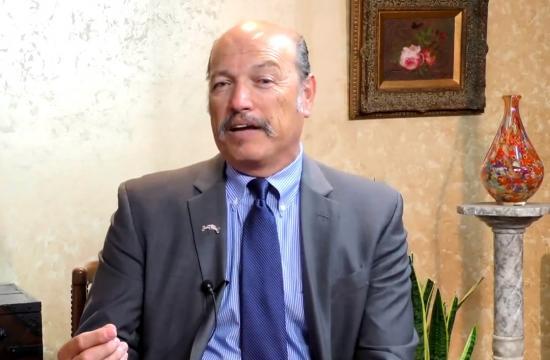 Mayor Vazquez will discuss his longtime history as a progressive activist, community leader and dedicated elected public official serving on the Santa Monica City Council and as the City’s current Mayor.

Following the Mayor’s talk will be a time for Q and A and public discussion on activist and City-related issues.

The event is free to the public. Parking is free at the U.S. Bank parking lot directly across the street from the UnUrban.

The Activist Support Circle is an ongoing and open monthly support group for progressive activists that started in 2005 to help guard against activist burnout.

Mayor Tony Vazquez is a proud 30 year resident of Santa Monica, homeowner and long-time community advocate. He and his wife, Maria, have two grown children who are both graduates of the Santa Monica-Malibu Unified School District. First elected to Santa Monica City Council in 1990, Vazquez served for four years and was elected again in 2012. He served as Mayor Pro Tempore in 2015.

Tony is a graduate of Santa Monica City College and continued his education at the University of Southern California where he received his degree. Upon graduation, he joined USC’s Department of Teacher Education as Master Teacher/Recruiter responsible for the department’s Outreach Recruitment activities.

Tony strongly believes in promoting a quality education to the children of our community. He was a member of the Santa Monica-Malibu Unified School District’s Strategic Planning Committee, and most recently served on the School District’s Feasibility Committee. He has played an active role in every local school board campaign for over twenty years

As a recipient of a City of Santa Monica “Commendation” and Church in Ocean Park “Communitas Award,” Tony has been recognized for his stellar work in civic and community affairs. Throughout his career, Tony has long been a supporter of city youth programs and also received the Woodcraft Rangers “Past President” award for his commitment to the cause.

Tony has over 20 years of business and government experience involving strategic and long-term planning, business development and municipal and legislative advocacy. For his current term, Tony’s main area of focus will be focusing on responsible growth and development, fiscal responsibility, public safety, homelessness, the future of Santa Monica Airport, open and responsive government and education.