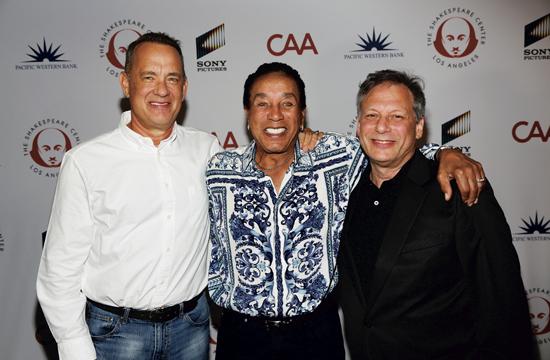 “Our organization is fortunate to have such extraordinary and dedicated supporters,” Ben Donenberg, Shakespeare Center Los Angeles (SCLA) founding artistic director, said. “We are thrilled with this year’s event, and grateful to Rita and Tom for providing use the opportunity to showcase SCLA’s work and raise funds to support our life-changing programs for at-risk youth and veterans in our country.”

Simply Shakespeare was sponsored by Creative Artistic Agency, Pacific Western Bank and Sony Pictures Entertainment. The event also included a pre-show wine reception and a post-performance reception with the cast.

All proceeds from the event support the SCLA and its arts-based employment programs for chronically unemployed veterans and urban youth. The programs blend White House award-winning immersive arts engagement for youth living at the poverty threshold and chronically unemployed veterans with award-winning professional union contracted productions supported by a veteran workforce.