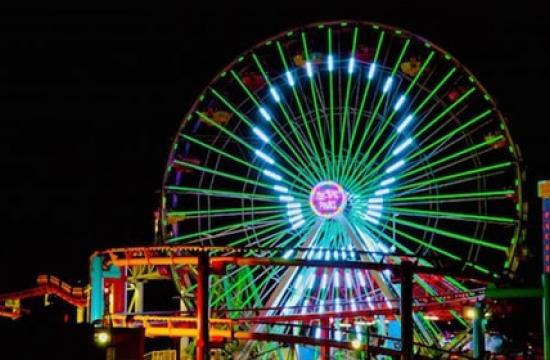 TBF) will host its 2nd Annual Coastal Connections fundraiser at a customized venue in Pacific Park on the Santa Monica Pier. The family-friendly-event will celebrate everyone’s connections with the coast, along with TBF’s recent accomplishments and upcoming projects. This event will feature a delicious buffet and bar, entertainment, passes for all the rides and games, and more! Tickets are on sale now, please visit www.santamonicabay.org or click HERE

“We are thrilled to be at Pacific Park this year, celebrating how all ages enjoy and value our beaches, which are visited by 72 million people a year,” says Tom Ford, TBF Executive Director. “We at TBF, along with our partners, work to ensure the health, resilience and sustainability of the Bay through many projects that clean up waterways, create green spaces in urban areas, and restore natural habitats on land and under water

“Our honorees have the TBF ethic, as witnessed through their art, labor and conservation.  I admire their commitment to the Bay, the environment and future generations. I’m proud to be honoring them as they are admirable and deserving of our appreciation!”

Iwerks, A long-time Santa Monica resident and coastal native, is the Academy Award-nominated director of the documentary “Recycled Life” chronicling the thousands of people living inside the largest landfill in Central America, the Guatemala City garbage dump. Among her repertoire of award winning films are those that expose the devastating impacts of the Alberta Tar Sands on humans and the environment (“Downstream”, “Dirty Oil”) as well as “Pipe Dreams” which investigates the toxic impact the Keystone XL Pipeline has on America’s largest freshwater Aquifer. Her films have raised millions of dollars for charity, have screened on Capitol Hill, and have become part of the curriculum in classrooms across Canada and the United States

Ryan, a Los Angeles transplant since 1991, has always been drawn to volunteering. In 1999, the environment caught her attention and she has worked ever since on restoration projects and beach cleanups with many groups, joining the Disney VoluntEARS Leadership Council in 2010. She has been an inspirational and dedicated volunteer on TBF’s Culver City Rain Garden and at Malibu Lagoon, bringing many VoluntEARS with her.

Located on the Palos Verdes Peninsula,Terranea Resort overlooks the ocean and benefits from TBF’s kelp restoration project. Appreciating its rich terrain, the resort encourages guests to discover and explore the scenic coastal trails, secluded beach coves and ocean environment using its Adventure Concierge services. The resort was purposefully constructed with ecological initiatives to reduce pollution to the ocean and restore the coastal bluffs. As a result the ocean is cleaner and the bluffs now support rare and endangered species while providing the amenities of a world-class resort.

“As a filmmaker it’s been a personal mission to expose and fight for healthy and sustainable water conditions around the world, be it lakes, rivers, aquifers, and oceans,” shares “It’s an honor to be recognized by such an important organization such as The Bay Foundation whose entire existence has been to protect our own beautiful Santa Monica Bay and California coastline.”