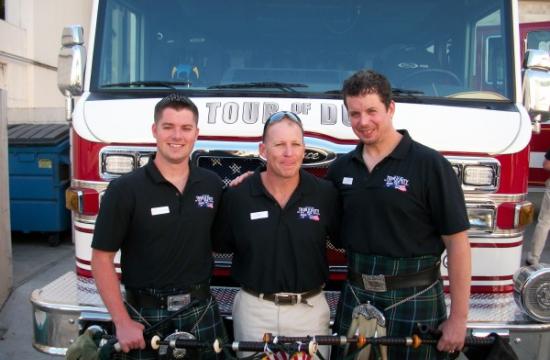 Sunday marks fifteen years since the September 11 terrorist attacks at the World Trade Center in New York, the Pentagon in Arlington, Va., and Shanksville, PA. 2,977 perished that day, of whom 343 were firefighters, 60 were police officers, and 8 were private EMT or Paramedics. All told, 411 emergency personnel died on September 11, 2001. To honor their memories and selfless sacrifice, the Santa Monica Fire replicas relojes iwc Department will hold its annual remembrance ceremony consistent with the International Association of Fire Chiefs’ recommended protocols. All four of our community fire stations will participate. City staff, as well as the public, especially neighbors of the fire stations, are encouraged to attend at any of the fire stations listed below, promptly at 6:45 am. The ceremony should last no longer than 20 minutes.

An artifact from the Ground Zero site resides on the second floor of the Public Safety Facility (333 Olympic Drive, Santa Monica CA 90401 ) just outside the orologi replica Santa Monica Fire Department’s administration office and is open for viewing by the public during normal business hours