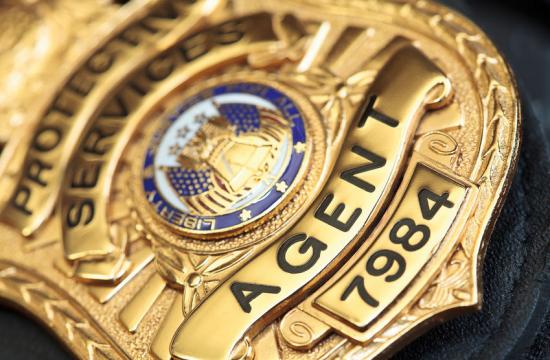 On Thursday, September 29, at 11:15 p.m. officers of the Santa Monica Police Department were on routine patrol when they were requested to hasten to the parking lot at St. John’s Hospital, located at 2121 Santa Monica Boulevard, in order to investigate a reported carjacking incident. Whilst the officers were en route to the location they were informed by dispatch that an individual who had earlier been admitted into the emergency room of the medical center had left and had attempted to steal a van belonging to security staff at the hospital. When the first responding officer arrived at the scene the suspect attempted to crawl into the passenger window of the patrol vehicle so when other officers arrived they were able to assist this man get into the patrol vehicle but not after they had handcuffed him. He was then seated in the back of the police car and taken off to jail where he was later charged with attempted carjacking. Bail for this 38-year-old Costa Mesa resident was set at $100,000.

Not Music To His Ears.

On Friday, September 30, at 2:30 a.m. officers of the Santa Monica Police Department responded to the intersection of Seventh Street and Colorado Avenue where they met with deputies from Los Angeles Sheriff Department who had been driving through the area when the victim of a possible robbery had flagged them down. The deputies had already detained two possible suspects in the case by the time the Santa Monica officers had arrived on the scene. The officers spoke with the victim who told them that he had been listening to some music when the two suspects had approached and engaged him in conversation. The conversation had devolved into an argument and a fight had ensued between the victim and one of the suspects. The victim said that he had decided to walk away from the fight and did so but after a few feet discovered that he had dropped his wallet, containing $614 in cash, during the altercation. The victim saw his wallet on the ground but noticed that the cash was missing so he confronted the two suspects about the missing money. The man with whom the victim had been fighting said, “I ain’t got your money, huh,” which prompted the two to become embroiled in another round of fisticuffs. During this exchange of blows the victim was struck on the head with a metal object and as he stumbled around in a temporary stunned state the two suspects left the scene. It was then that the victim spotted the two deputies who soon spotted the two assailants and detained them. The Santa Monica officers investigated further and found the metal pipe that had been used to stun the victim in addition to discovering $600 in the suspect’s car that was parked nearby. The victim positively identified the suspects and the officers arrested the primary aggressor, a homeless man aged 37, and he was charged with robbery. Bail was set at $30,000.

The Cost Of Living (Together)?

On Sunday, October 2, at 8:22 p.m. officers of the Santa Monica Police Department were called out to the 2400 block of Third Street in order to investigate a report of battery that had taken place inside a residence. When the officers arrived at the location they spoke with the victim in this case who told them that she had been involved an a verbal argument with her live in lover regarding the cost of living and various bills that they needed to pay. The victim told the officers that her live in lover had become excited during the argument and that at one point she had attempted to calm him down by placing her hand on his chest. She said that her live in lover had responded by grabbing her harshly by her wrists and pushed her backwards causing her to lose balance and fall onto the couch. She added that when she attempted to get up from the couch the live in lover had grabbed her by her biceps and forced her back down to the couch and that he had repeated this several times. The officers also learned that the victim had become so exasperated at this that she had grabbed a knife and had considered slashing her own wrists in an effort to terminate her own life so that she would not have to suffer her live in lover any more. The officers spoke with the live in lover and he claimed that he had simply attempted to remove the knife from the hysterical victim and pushed her down to the couch in order to stop her from slashing her wrists. Based upon the statements of the victim and the suspect the officers arrested the suspect, aged 33, and a resident of Santa Monica, and he was later charged with domestic violence. Bail was set at $20,000.