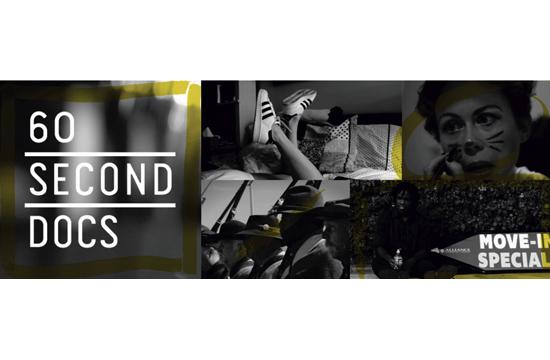 Documentaries and films covering a topic in a realistic sense, are usually told in a two-hour narrative. Rather than trying to tell a written story in a visual format, they focus on informing the viewer about the subject of choice, with the narrative stemming from the truth.

Documentaries have gained much popularity recently due to the abundance of them produced by Netflix and other content creators such as Hulu, but one media company is taking the medium of the documentary in a different direction.60 Second Docs is a YouTube channel devoted to just that- making minute long documentaries, which are to appeal to the Youtube Generation.

Founded in February 2016 by Emett McDermot, who has written for the Harvard Lampoon and has produced shorts for the website FunnyorDie in the past, in association with Indigenous Media, the channel puts out exposes on a range of topics, from “The Tree Man of Venice” to “The Art of the Paparazzi,” among others.

The people and places covered in 60 Second Docs videos are summed up in the channel’s intro clip. Featuring several clips from various featured videos, voiceover from the channel’s videos are cut together to provide an introduction to the viewer; one quote explains everything, “I think being normal wouldn’t be as fun,” the voice cuts through a clip of a woman selling her used panties on Craigslist, followed by a paparazzo running around the streets of Los Angeles, “Some are cute, some shed light on serious topics,” said Indigenous Media Chief Operating Officer Jake Avnet.

“We’re not trying to compete with major documentaries or accomplished documentarians, we just want to bring a little fun and knowledge to someone on something like Twitter or Facebook. We want the new thing that someone learns every day to be from us.”The documentaries are supposed to be shared on social media as a method of connecting to people and by strengthening the bonds within their community. The short format allows videos to be made quickly, which allows for reactionary videos to various current events to be made, and also makes it a great fit for the young people of today, “Since they’re so easy to consume, we found that people go down the rabbit hole,” said Avnet.

“Once they watch one, they watch the entire library of content.”They are also available on a variety of platforms, such as the aforementioned Twitter, as well as Instagram and Snapchat. Presently, 60 Second Docs focuses mostly on the Los Angeles area and the west coast. However, they have a goal of expanding to more platforms and documenting more places worldwide, “We started in Santa Monica, but we want to cover stories from all over the world,” Avnet explained, “We’re only about two months old, but hopefully a few years from now someone in Africa will be sharing one of these with their friend in Europe.”

The channel aims to release two videos per week. For more information on 60 Second Docs or Indigenous Media and their other projects, visit youtube.com/60seconddocs, or indegenousmedia.com.