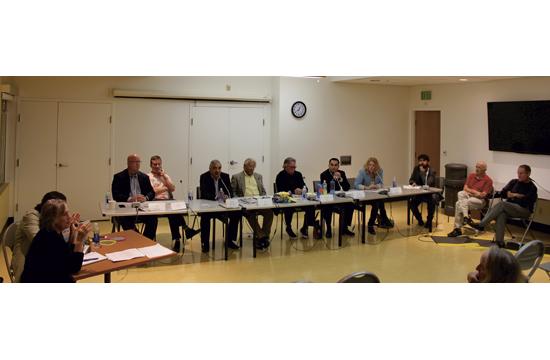 This was an opportunity for Santa Monica residents to hear what their City council candidates for the upcoming election had to say on some of the city’s major issues including traffic and park space. In addition, representatives from both sides of the issue, discussed Measure LV, which will also be on the ballot. City Council candidates Tony Vazquez, Gleam Davis and James Watson were not able to make it to the forum.

Here is the Live Video of the event, we will be uploading edited versions throughout the week.

Susan Cloke moderated the forum and commenced the event by giving each candidate one minute to introduce themselves.

Next, Cloke gave the floor to Jason Islas, who spoke against Measure LV, and Ron Goldman, who spoke in favor of Measure LV. Each representative was allotted the same amount of time to state their defense for or against the measure.

Susan then opened up the forum to questions from local residents regarding Measure LV or the city council candidates.

Residents had several questions for the Measure LV representatives and the City council as well.

The forum concluded with each candidate giving a closing statement followed by allotted time after the forum for residents to speak directly with their city council candidates or the Measure LV representatives.