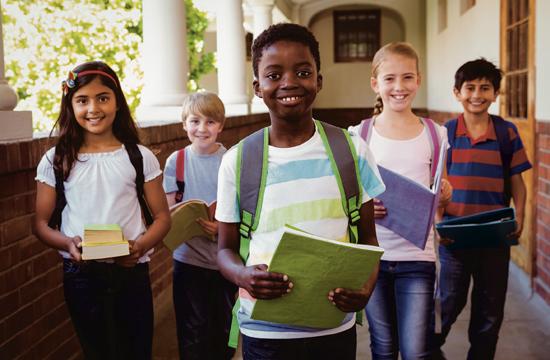 Much of the election attention this fall has properly gone to the fierce presidential race between Donald Trump and Hillary Clinton. Some voters have also given substantial attention to many of the propositions on next month’s ballot, covering everything from plastic bags to condoms in pornography, from taxes to legalized marijuana.

All these are important questions, but the proposition that could have the most impact of all on California’s future is largely being ignored. That’s Proposition 58, simply described as “Non-English Languages Allowed in Public Education.”

This measure would all but repeal the 1998 Proposition 227, which passed by more than a 3-2 margin and has banned most bilingual education instruction in public schools ever since. Schools are still allowed to set up dual-language immersion programs if they and the parents involved choose to.

Proposition 227 has long infuriated teachers unions, in part because it effectively did away with the salary differentials paid to thousands of bilingual education teachers in California before it passed.

No, the implication in the ballot title that non-English languages have been banned from this state’s public schools for almost 20 years is not correct. Public schools, whether charters or not, never stopped teaching French, Spanish, Latin, Russian, Chinese, Japanese and many other languages.

But Prop. 227 has meant that the vast majority of pupils from kindergarten through high school are taught primarily in English. That’s in contrast to the thousands of classrooms that previously taught English-learner students primarily in their native language – and a little English – with the purpose of eventually having them become proficient in English.

The reason 227 passed so handily when it did was not anti-Hispanic racism, as some supporters of Prop. 58 imply, but because English-learner children were progressing only very slowly toward proficiency. As a result, employers had trouble finding young English speakers to fill jobs in supermarkets, banks and other businesses where employees are often not college graduates.

The immediate results of 227 were successful. For example, more than 32,400 students, or 10.3 percent of the English learners in the Los Angeles Unified school district, largest in California, became fluent in English between December 1998 and December 1999, an increase of about 20 percent over the last year of predominant bilingual education.

But some Latinos say they felt damaged by the change. “There was a racist undertone when it came to Spanish speakers,” Democratic state Sen. Richard Lara of Bell Gardens told a reporter. “That’s how I felt.”

By contrast, many prominent Latinos supported 227, in spite of Lara’s perception. Jaime Escalante, the late famed calculus teacher portrayed in the 1988 film “Stand and Deliver,” was the “yes” campaign’s honorary chairman. Leaders of the Para Los Niños organization vocally backed 227, too.

Now a member of the Senate’s leadership, Lara sponsored Prop. 58 as the Legislature put it on the ballot. The measure, says the ballot argument supporting it, would enable “schools to use the most up-to-date teaching methods to help our students learn (English).”

But the original author, sponsor and prime funder of Prop. 227, Silicon Valley entrepreneur Ron Unz (an unsuccessful Republican candidate for the U.S. Senate last spring) insists his measure is still needed. He says Prop. 58 supporters ignore the good 227 continues to do.

In the ballot argument against 58, he says it would repeal the requirement that English be taught in public schools and that it would “overturn policies that actually improved language education.”

It’s a bitter disagreement. Unz claims 58 would bring back ineffective bilingual education programs and mire Latino children in English-learner status for many years. “This really is a sneaky trick by politicians in Sacramento,” he said. He adds that he ran for the Senate mostly for the opportunity the campaign gave him to oppose 58 in major media.

For sure, this is a disagreement that deserves at least as much voter attention as any other major measure to be decided this fall. But so far, neither side has raised much money. As of the last reporting date, the Yes side had $326,000 in hand, while opponents had nothing.

Which means a measure with immense potential effects on California’s future is being all but ignored.