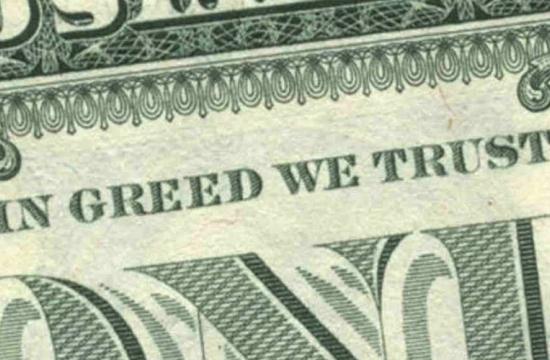 Opinion: Our City is experiencing an identity crisis fueled by gluttony. The powers in the City of Santa Monica have apparently decided that bigger is better and that that this “bigger” needs to be fueled constantly by more…more development, taller and denser buildings, structures that are out-of-scale with our town…more people…more tourists…more workers…more residents. Just More. Our City’s appetite appears to be insatiable. Santa Monica government has become like a giant Pac-Man that wants to devour the City that our residents love. And – make no mistake – our residents love this place. It is, as the City Seal says, a place for “fortunate people in a fortunate land.”

Residents want to see a city that thrives, but they also want to breathe. They are concerned about the day-to-day issues of life in an increasingly big city. We are now constantly congested. Rents are skyrocketing. Local restaurants can’t survive and homegrown retail appears doomed. Crime is rising. Our long-time homelessness issues seem unsolvable. The Fire Department now handles 16,000-plus calls per year. Our Police Department needs more sworn personnel. Our sewers are backed up. Our electrical grid suffers repeated outages. We’re building a new fire station that won’t even be large enough to meet our needs by the day it opens. We can’t handle the masses of concertgoers that our Pier attracts in the summer. And while we celebrate the opening of the Expo light rail and our Breeze Bike Share program, both have actually increased the congestion and chaos in the heart of Santa Monica. Our school structures have deteriorated. Repairs run years behind. At Samohi paint is peeling, buildings are missing letters and even the signs identifying the school name are not kept up. At other SMMUSD schools, the potential for lead and PCP poisoning is apparent. Yet nothing is done.

We no longer appear to have the characteristics of the beachfront town residents fell in love with. To many of us, Santa Monica appears to be on steroids, and a serious intervention is in order. To some, the answer is “build more.” Developers gaze upon Santa Monica as a gold mine that must be tapped. Look at the fervor that a slow growth measure in this election cycle has attracted. The donations accrued to fight the resident-sponsored measure will soon top $1.5 million. Much like the “robber barons” of the 1900s these developers and their aligned businesses will cajole, persuade and dispense with the truth in order to capitalize on the income stream they foresee from their properties in our town. They hawk the need for more housing as subterfuge for their real issue…desire to suck more profit from Santa Monica. Imagine, if you will, all of these businesses, their affiliated non-profits and their local, national and international developer friends at a giant Hometown Buffet. As they salivate over the unlimited food they are about to feast upon, the residents who own the buffet look on in horror as these “guests” keep eating and eating. This gluttony of greed will consume our city unless residents close their buffet.

Our City staff and City council promise to ease traffic congestion but it keeps getting worse. They suggest if we live closer together we won’t need to drive. They have become skilled at echoing the developers’ calls for adding more height and density to our downtown and our boulevards. They suggest that 30-plus proposed developments will not add to our woes. From new hotels to mixed-use, mid-rise commercial/residential buildings and a city sponsored, twelve-story building on city land in the heart of our downtown, the steroid analogy is apropos. Many residents call these developments “run-away” – more, always more.

In 2008, Councilmember Ted Winterer (seeking re-election at the upcoming election) talked about our city’s growth and the need to contain it. “If one is truly concerned about run-away development, the only way to slow it down is to actually slow it down,” he said. Ted went on to talk about traffic and the need to control the actions of City Hall. He said about the Land Use and Circulation Element (LUCE) and City Hall projections, “the City’s projected amount of commercial development for the next 16 years was surpassed in only six years. And did our city stop growing after it reached the projections it had planned for? Hardly. City Hall just changed the plan.” Wow. And that happens over and over again. The gluttony I talked about? Yep, in City Hall – in the corridors of power, our residents are being derided for asking for limits on growth. Yet those limits are necessary. According to Jennifer Taylor, Santa Monica’s Economic Development Administrator, Santa Monica hosted 8.3 million visitors last year, a figure up from 7.3 million in 2014. On the surface that sounds positive. However the additional police and fire personnel mentioned earlier are needed because of this rise in visitors. As we continue to increase the heights and density of our buildings, strive to add more office workers and house more people, our need for infrastructure correspondingly rises. As that occurs, the City seeks more revenue. Our taxes and fees continue to balloon. With a $614.2 million annual budget, you would think that our 94,000 residents would receive free bus service, discounted parking meter rates and unlimited swimming at our city pools. Yet, residents are left out. Instead, the City’s quest for new revenue is endless. Fees for services rise, taxes increase and residents increasingly are angry and distrustful of city hall.

Are we, the residents, destined to lose the City we love? Can the buffet be closed? Can the modern day robber barons be controlled? The answer is a resounding “yes.” We must demand that City council and staff answer to residents first, rather than the moneyed interests that currently control their time and energy (note that $1.5 million donated to fight our “pitchfork-wielding” residents.) We must slow the pace of change, decide that enough is enough, and not allow history to repeat itself. We know that City Hall will not slow development when money is the controlling interest. We the residents must change the discussion. Santa Monica’s mantra must become “Do no harm to residents, ever.”